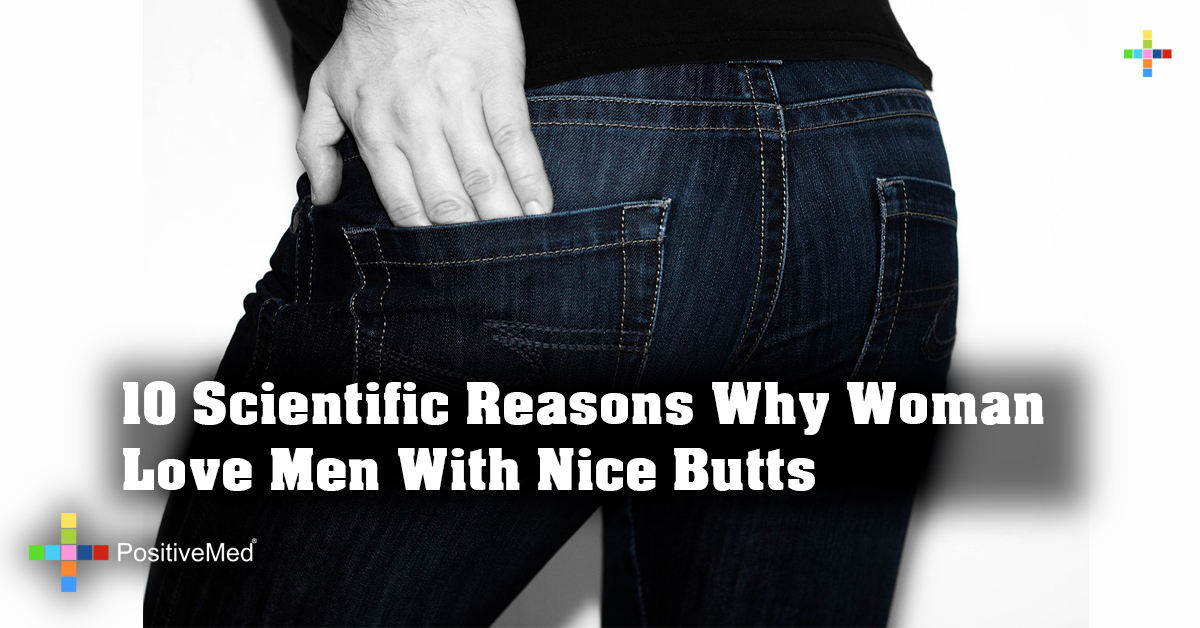 Even though rear ends are nothing more than bones and muscle, some women just cannot get enough of men’s posteriors. Many psychologists have linked some men’s obsessions with healthy-seated woman with the evolutionary desire to find a partner likely to easily birth multiple children, however, there hasn’t been as many studies done to figure out why women find men’s butts attractive. Still, there are many theories out there. Here are 10 of the top reasons that science has to offer so far:

Yes, though we don’t like to admit it, we come from the ape family and the butt is the first site of lovemaking presentation in other primates. It only makes genetic sense that we would follow suit.

A round bottom suggests to a woman that a man will make a suitable love partner. After all, it is as much a sign of health as bright eyes, pearly white teeth and rosy skin.

3. Confirmation Of His Masculinity

Some woman are not attracted to a man’s bum itself, as much as they are to how a healthy specimen can enhance a man’s overall body movement. The way a guy moves is influenced by his body shape, and his rear is a part of that. Believe it or not, women can actually subconsciously judge a man’s attractiveness and masculinity based on his movement.

Derrieres are composed of muscle, and, scientifically, flat muscles are useless. However, many women subconsciously perceive bigger bottoms to be threatening, as they would with any other irregularly large muscle. That is why most females are physically attracted to men whose tushes fall into the area in-between.

We all have backsides, but unless a women wants to contort yourself or use 3 different mirrors, she probably is unaware of how hers appears to other people. However, she has the freedom to look at the buttocks of any passing male. In other words, the rear end is psychologically an enigma to us.

Though men are not able to give birth, woman are attracted to tight-ended men for similar reasons as those stated in the introduction. Since the hips contain the primary muscles used by men during lovemaking, strong buttock muscles signal that a man is developed enough to make love with her for a long enough time to possibly procreate.

Studies have shown that many women find a specific male prototype preferable to others. Think of a swimmer’s body. These men have broad shoulders that gradually taper down to the waist and hips. A tight rear fits into that equation “swimmingly.”

Sometimes a healthy bum does nothing more that highlight a man’s shoulders. Unlike woman that move their hips when they walk, men walk side-to-side and bring in a lot of shoulder movement. The butt adds to that mystique, making a man appear more masculine.

Though woman are entitled to their own life choices, they are hard-wired to find a suitable partner for procreation to propel the species onward. The muscles that control ejaculation are located in a man’s posterior, so having a healthy bum signals to a woman that her chances for pregnancy are pretty good with this particular partner.

Sometimes women simply love the man that they are with and will find everything about him attractive. Whether that is his bottom, his goatee or strong arms – it all depends on the woman.

Science may not have all the answers when it comes to women’s attraction to men’s rear ends, but as long as skinny jeans remain in style, some men are sure to garner the attention of excited females.