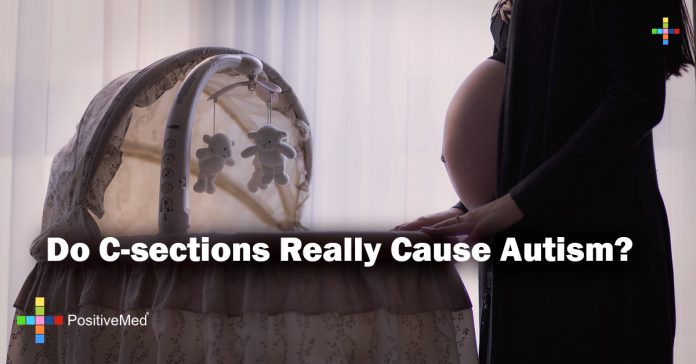 Do C-sections Really Cause Autism?

Every new mother dreams of the perfect birth. Most mothers, wary of recovery following surgery, imagine a vaginal birth. Their preference for drugs or no drugs is personal. Who they want in the room with them is carefully selected ahead of time. Mothers hoping to avoid c-section births, however, experienced an additional level to their fears as the result of a large study that ultimately concluded that mothers of autistic children were more likely to have had complicated births, to have been older, and to have had c-section births, including epidural anesthesia.

The study, however, also checked out siblings of autistic children; and the ultimate conclusion was that while there was certainly a correlation between autism and other issues in pregnancy and birth, there was no conclusive evidence that would prove which one caused the other. C-section births, in general, are not assumed to cause autism; instead, it’s possible that complications related to autism in the child create the need for the c-section.

RRELATED ARTICLE: How a C-Section Affects Your Sex Life

Emma Glasson, quoted on Autism Today, summed it up by saying that “autism is the cause, rather than the result of, birth complications.” There is a great deal about autism that is still unknown. Researchers do know that there are several genes that interact to cause autistic symptoms, and that there are some factors that many (but not all) autistic children have in common. These include advanced maternal age at the time of birth, pregnancies that had complications throughout the early weeks, and fetal distress during labor and delivery. The births of children with autism were markedly different, with many studies suggesting that babies born via c-section are about twenty percent more likely to develop autistic symptoms later in childhood. That doesn’t, however, mean that the c-section or difficult birth is what causes autism.

RELATED ARTICLE: How to Tell If Your Child May Have Autism

Ultimately, what that means is a sigh of relief for many mothers who delivered via c-section. They chose what was in most cases the best delivery mechanism for their child, who was likely in distress leading up to the c-section. While that choice might have been dictated by problems caused by autism in the baby, it wasn’t what caused the condition.