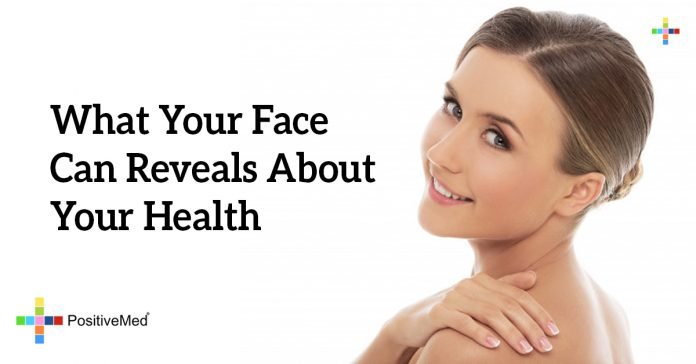 What Your Face Can Reveals About Your Health

One of the oldest medical treatises in the world is the Huang Di Nei Jing (Yellow Emperor’s Inner Canon). This 2,000 year old work is the foundation of Traditional Chinese Medicine (TCM), which has its own viewpoints on how the face can reveal a person’s health. Even the famous Dr. Oz has endorsed this ancient, yet effective diagnosis method. But can the face be used to reveal accurate health information about your body?

The body’s genes and hormones directly influence the structure and appearance of the face. For example, UK researchers have found that people with yellowish/golden faces are healthier because the carotenoid pigment in the facial skin is associated with the immune system. A pinkish/reddish flush means increased circulation and indicates better health. Finally, people with higher levels of testosterone are generally wider-faced with bigger cheekbones. While biology does influence the face, your current health state can be diagnosed from analyzing certain parts of the face.

The Windows to the Soul
High cholesterol is indicated through eyelid pimples and white circles in the iris. Dark circles under the eyes indicate lack of sleep and iron deficiency. TCM teaches that the eyes are connected to the liver.

Mouth
Thin or short teeth too much acid reflux while dry lips indicate dehydration and low iron. Mouth sores indicate vitamin B deficiency. TCM teaches that the intestines are connected to the mouth.

Ears
Wrinkled ear lobes (a slanting crease across the ear lobe) has been directly linked to increased chances of obtaining heart disease. Coincidentally, TCM and traditional Chinese folklore hold that large, droopy ears are a sign of longevity and vitality (as always seen on pictures of statutes of different Buddha’s). This is because the ears are connected to the kidneys, which are the source of qi or life energy.

Nose
A 2010 study found that people with bigger noses were more resistant to bacteria and dust particles. Nose bumps may indicate a rare medical condition called sarcoidosis (which causes organ scarring) or a nose rash may indicate lupus (auto-immune disease). TCM teaches that a red nose is a sign of back pain or a bladder inflammation.

Overall, both western medical research and Traditional Chinese Medicine agree that health and wellness can be analyzed and diagnosed through facial appearance.