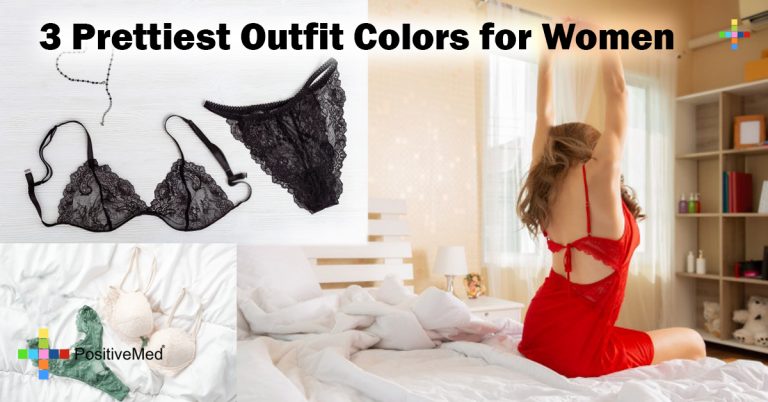 It’s time to let everyone in on a little secret. The way to a man’s heart isn’t through his stomach; it’s through his eyes. People are very visual creatures – by a survey, men even more so – so something as simple as shade can raise a brow, purse the lips, make the heart beat a little faster. Before you reach into your closet and dress up for a night on the town, take some time to consider how the color of your clothes will make you pop from across the way. And we’re here to help. Following are the top 3 Prettiest outfit colors for women that will raise the temperature on the whole room.

The first is backed by common knowledge and by science: Red is the color of the aphrodisiac.

Researchers at the University of Rochester have confirmed the news, having studied how men respond to different colors on or around a woman. They did this by showing participants a black-and-white image of a woman against a background colored in red, gray, green, or white, and full color pictures of the woman in a blue or red top. The results were consistent with men thinking the woman highlighted by red or wearing red as prettier. Men were also more likely – by a large 56 percent – to want to ask out the woman dressed in red, relative to the one dressed in blue. It’s an evolution thing, they say, but you can skip the specifics and simply invest in a red blouse that will knock a man off his seat.

Second is the slimming color: Black.

According to surveys, women usually overrate how much men care about how slim a woman is, but there is definitely a preference shown in surveys to an hourglass figure. Black differs from other lighter colors because it reflects light rather than taking it in. So it serves to “block” any shadows and highlights in your figure that may not flatter, making your shape more two-dimensional in a sense. This works to slim you down, which of course helps to make a “go out” dress into a “knockout” dress.

Third is the underrated color: your color.

No, not the color of your skin, but the color that makes you feel the Prettiest. It can be pale white, baby blue, bright yellow, royal purple, or puke green – it doesn’t matter. As long as you feel confident in it, that’s the aura you will cultivate around you. There’s even a science to this too: the psychology of confidence. People – men and women – are attracted to confidence in other people. They want to be friends with confident people, and, often, more than friends. If a gray get-up makes you feel like Beyoncé twirling her hair in a music video, then – you go girl – that’s as pretty as anything else.