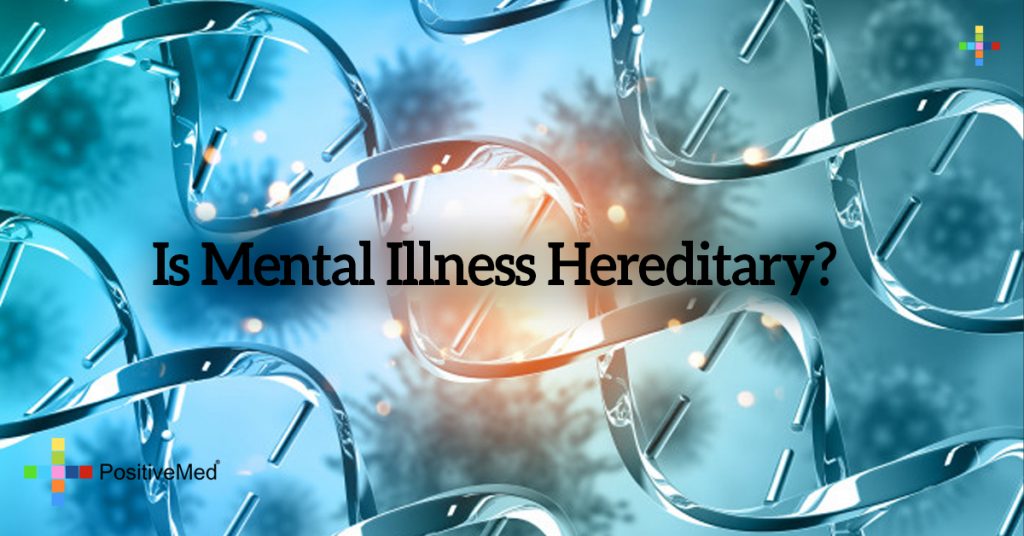 The causes, prevention and treatment of mental illness are all highly contested hot topics in the scientific community. Much of the disorder remains a mystery, even today, and many recent studies have focused on whether or not the illness is hereditary.

Let’s break down some basics of mental illness along with hereditary implications where available:

Causes are tricky because there doesn’t seem to be one definitive answer. When dealing with mental disorders it is usually a combination of several factors. Below is a breakdown of the three most important and even they can sometimes crossover between categories.

o Genetic – Heredity deals in susceptibility to an illness through gene inheritance. Researchers have found that even though an individual might be susceptible, they may not develop the disorder based on outside environmental factors like stress or abuse that might have triggers the illness.

• Psychological – These are influences that cause a profound impact on the psyche. Some causes could include extreme trauma such as emotional, physical abuse suffered as a child, sociopathic tendencies with a poor ability to relate to others or even the loss of a parent at an early age.

• Environmental – These are outside stimuli that affect the development of a mental illness like stress or abuse. They can also include non-emotional causes like brain injuries, substance abuse, and infections.

Outlined in detail in a recent study by the World Health Organization, prevention’s main goal is early identification and treatment (see below) where necessary. The detection of early warning signs is of paramount interest. The availability of public research and ongoing education for drug abuse and susceptibility to development of an illness is also highly prioritized.

o Biological/Psychological – Medications for these types of mental illness involve drug related chemical changes to the neurotransmitters inside the brain to correct a disorder.

o Biological/Psychological – Therapy designed to literally re-wire the way the brain processes information. This is an alternative to psychotropic medication but can also be used in conjunction with medicine in severe cases.

Almost 450 million people worldwide are affected in some way by mental illness. Research shows that almost 1 in 4 people will experience an illness at one point in their life. While signs indicate that certain mental disorders may indeed be hereditary, no research currently supports assumptions that illness will definitely be passed from one generation to the next. Outside influences play a very important role in determining if an illness will be passed on from one generation to the next.

PrevPreviousWhy You Can’t Stick to Your Diet
NextWhy Do I Have Swollen Glands?Next