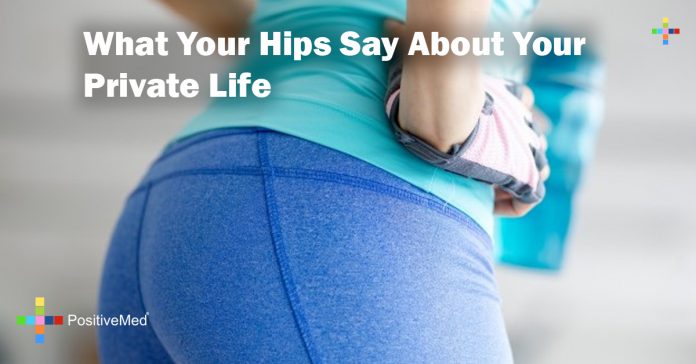 What Your Hips Say About Your Private Life

Men who wish to know more about a woman’s sexual history may be able to bypass what a woman tells him and instead, measure her hip width. In a startling study in Archives of Sexual Behavior, researchers measured the width of a woman’s hips and compared the measurements to the woman’s:

While scientists scramble to make sense of the surprising results of this study, they have speculated that women with larger hips, and thus easier child-bearing abilities, may be more casual in selecting sex partners simply because they face lesser risks during childbirth.

Naturally, this is not a conscious action, but instinct may be protecting women with narrow hips (who would have a harder time during child-birth) by making them choosier about numbers of partners and encounters.

Other Factors of Influence

Since testosterone also affects a woman’s physical stamina, aggressiveness and dominance as well as their higher sex drives, couldn’t these women simply have larger supplies of testosterone that makes them more sexually aggressive as well as wider of hip?

Since this study merely begins to look at the tell-tale signs of high and/or plentiful casual sexual activity in correlation to wide hips, men would do well to take this information with a grain of salt before turning down a promising mate because she has wide hips. This does not automatically mean she has a questionable sexual history.

However, there is enough evidence to indicate that, possibly, physical markers may be able to give away a woman’s sexual past more than she realizes.