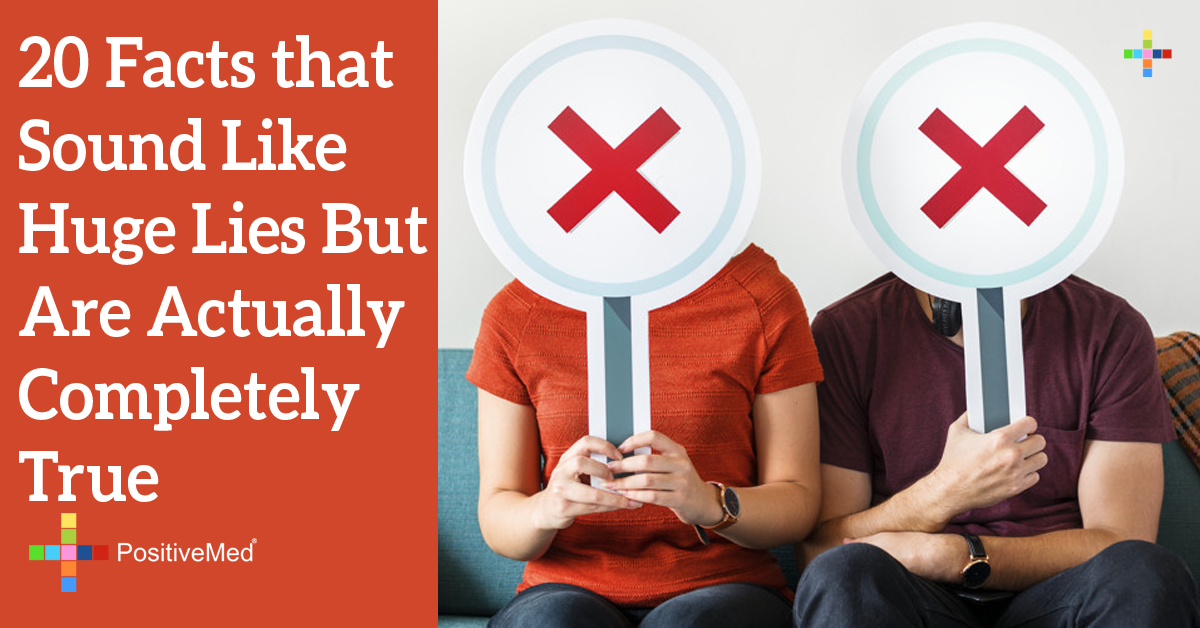 Seemingly, useless facts that appear to be whoppers make for great conversation starters. Imagine this scenario: a dull cocktail party, a few interesting facts thrown out for fodder and, in an instant, a party worth its weight in Doritos. Here are twenty great facts to get any conversation rolling.

1. The state of Maine in America is the closest state to Africa.

2. Hippopotami’ milk is a pink hue.

3. Carrots used to be purple.

4. A blue whale’s heart is large enough for a human to swim within its arteries.

5. Forget about sharks. A vending machine is two times more likely to kill you.

6. Identical quadruplets are the norm in an armadillo birth.

7. A banana is classified as a berry, but not a strawberry.

8. Founded way back in 1889, Nintendo began by making trading cards.

9. There is close to a 100% chance that when drinking a cup of water, a molecule of that water actually passed through a dinosaur.

10. Dropping a book down a hole dug to the center of the Earth would take 42 minutes to hit the bottom.

11. Using the same scale, if you shrunk the sun to the size of a white blood cell, the Milky Way Galaxy would equal the continental United States.

12. John Tyler’s grandson is still alive today. Tyler was the 10th US president.

13. When we say someone is “going bananas”, there’s more to it than that as we share 50% of our DNA with bananas.

16. There are more stars in space than grains of sand on the Earth’s beaches.

18. An octopus is born with three hearts.

19. The number of cells in your body times 10 equals the amount of bacteria in your body.

20. When necessary, turtles use their butts for breathing.

There you have 20 great facts. Feel free to share at your next gathering.