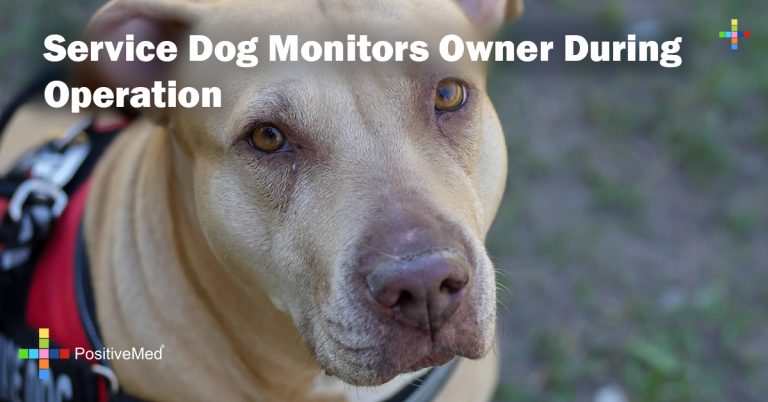 Dogs are one of the most faithful pets and they prove it time and again. Assistance and therapy dogs help their owners to navigate streets and stores, get dressed, clean house, and help with anxiety, depression, and PTSD. This is a story about a dog named JJ who helped her 7 year-old owner, Kaelyn Krawczyk (KK), during an operation.

KK has suffered from the disease Mastocytosis since she was 2. In this disease, everyday things like heat, exercise, and medicines cause life-threatening allergies. It is a rare disease that causes accumulation of mast cells in bodily organs, activation of these mast cells leads to immediate allergic reactions.

For 7 year-old KK, this disorder is so severe that it can transcend into severe and fatal shock. KK’s 39 year old mother, Michelle Krawczyk, says her daughter gets infections and gets too hot and stressed. The effects of this allergy range from mild inflammation to critical drop in blood pressure and difficulty breathing followed by vomiting. KK also had kidney disorders so she had to visit the hospital regularly. She was assigned a service dog, JJ, capable of sensing any small changes in KK’s body even before machines could sense them. This detection is based on change in the smell of her body. Service dogs are specially trained to sense significant changes in humans like a drastic drop in blood sugar.

KK had to undergo a critical kidney operation at Duke Hospital. Animals are not allowed in operating rooms but doctors at Duke gave JJ and her trainer permission to assist during the operation. JJ played an important role in surgery because KK is allergic to anesthesia. KK’s anesthesiologist, Dr. Brad Taicher, said that including JJ in the operation was logical as she was just like any other monitor in the room.

JJ did well at the job assigned to her and intimated the doctors of highly significant cell changes in KK’s body before they became life-threatening. JJ can also extract KK’s medical kit that contains her medicine. Her mother said monitors responded to changes in KK’s body 4 minutes after JJ alerted them by barking and licking KK. Doctors confirmed JJ was better than the electronic equipment at notifying when things started to go wrong.

JJ’s trainer says she has undergone just one month of training. JJ was trained by Deb Cunningham to detect scents. Deb is the program director at Eyes Ears Nose and Paws in Chapel Hill, NC, a private organization that trains service dogs.