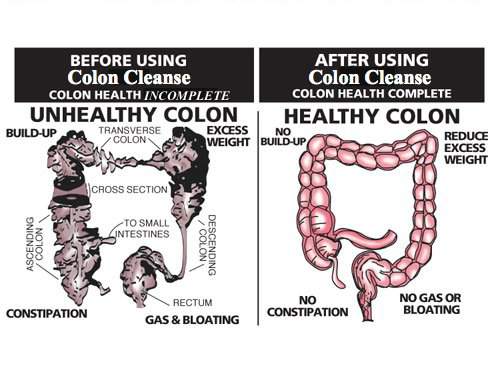 The practice of natural colon cleansing dates back to ancient Greece. In the U.S., cleansing the colon — the large intestine — became popular in the 1920s and 1930s, but when the theories behind it lost support, it fell out of favor. Recently, though, colon cleansing — using, for example, teas, enzymes, or colon irrigation — has experienced a return to popularity.

There are two main colon-cleansing methods. One involves buying products, the other involves seeing a practitioner to have a colon irrigation.

Colon cleansing with powdered or liquid supplements. This involves taking some supplements used for colon cleansing by mouth. Others are taken through the rectum. Either way, the idea is to help the colon to expel its contents. These products can be found on the Internet or in health food stores, supermarkets, or pharmacies. They include:

Colon cleansing with colon irrigation (high colonics). The first modern colonic machine was invented about 100 years ago. Today, colonic hygienists or colon hydrotherapists perform colon irrigations. Colon irrigations work somewhat like an enema but they involve much more water and none of the odors or discomfort. While lying on a table, a low-pressure pump or a gravity-based reservoir flushes several gallons of water through a small tube inserted into the rectum.

After the water is in the colon, the therapist may massage the patient’s abdomen. Then the water is expelled like a regular bowel movement; the process flushes out the fluids and waste. The therapist may repeat the process and a session may last up to an hour. The practitioner may use a variety of water pressures and temperatures and may or may not combine water with enzymes, herbs, coffee, or probiotics. Probiotics are supplements containing beneficial bacteria.

What is the theory behind natural colon cleansing?
One of the main theories behind colon cleansing is an ancient belief called the theory of autointoxication. This is the belief that undigested meat and other foods cause mucus buildup in the colon. This buildup produces toxins, the theory goes, which enter the blood’s circulation, poisoning the body.

Some people claim these toxins cause a wide range of symptoms, such as:

On the surface, the idea of toxins being reabsorbed by the body makes sense, after all, rectal suppositories are used to rapidly administer drugs. Could toxins be quickly entering the bloodstream from the colon?