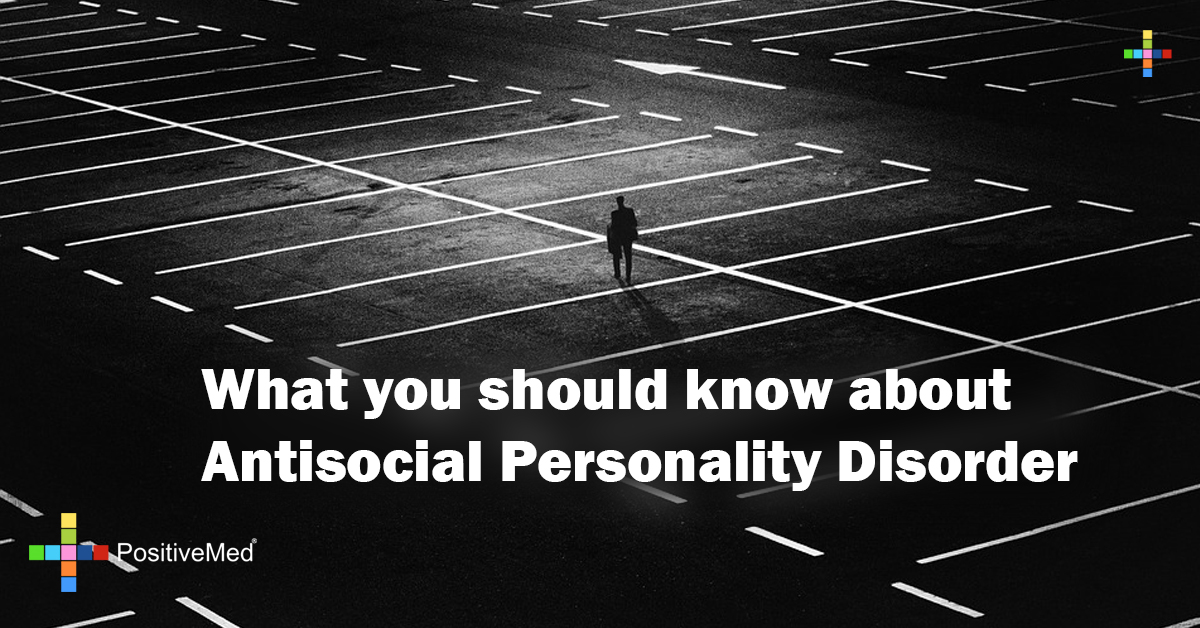 What you should know about Antisocial Personality Disorder

Antisocial personality disorder is characterized by a long-standing pattern of a disregard for other people’s rights, often crossing the line and violating those rights. It usually begins in childhood or as a teen and continues into their adult lives. Antisocial personality disorder is often referred to as psychopathy or sociopathy in popular culture.

Individuals with Antisocial Personality Disorder frequently lack empathy and tend to be callous, cynical, and contemptuous of the feelings, rights, and sufferings of others. They may have an inflated and arrogant self-appraisal (e.g., feel that ordinary work is beneath them or lack a realistic concern about their current problems or their future) and may be excessively opinionated, self-assured, or cocky. They may display a glib, superficial charm and can be quite voluble and verbally facile (e.g., using technical terms or jargon that might impress someone who is unfamiliar with the topic). Lack of empathy, inflated self-appraisal, and superficial charm are features that have been commonly included in traditional conceptions of psychopathy and may be particularly distinguishing of Antisocial Personality Disorder in prison or forensic settings where criminal, delinquent, or aggressive acts are likely to be nonspecific. These individuals may also be irresponsible and exploitative in their sexual relationships.

Antisocial personality disorder is diagnosed when a person’s pattern of antisocial behavior has occurred since age 15 although only adults 18 years or older can be diagnosed with this disorder, and consists of the majority of these symptoms:

As with all personality disorders, the person must be at least 18 years old before they can be diagnosed with it. There should also be evidence of Conduct Disorder in the individual as a child, whether or not it was ever formally diagnosed by a professional.

Personality disorders such as antisocial personality disorder are typically diagnosed by a trained mental health professional, such as a psychologist or psychiatrist. Family physicians and general practitioners are generally not trained or well-equipped to make this type of psychological diagnosis. Though one can initially consult a family physician about this problem, they should refer one to a mental health professional for diagnosis and treatment. There are no laboratory, blood, or genetic tests that are used to diagnose antisocial personality disorder.