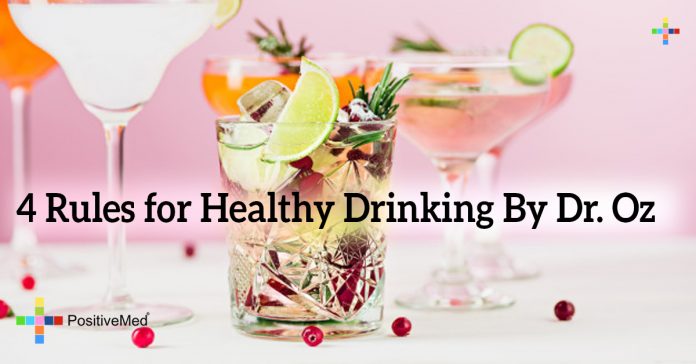 Doctors always advise drinking in moderation, if it all. Research shows women should not consume more than one drink per day. More than one drink can lead to cancer or liver damage. A study conducted in 2011 shows that having 3-6 drinks per week increased the risk of breast cancer by 15%. One drink is 12 ounces of beer, 5 ounces of wine or 1.5 ounces of liquor.

If you are planning to have more than a cocktail or two you should limit yourself to clear light liquor like vodka or gin. Dark liquors like whisky or brandy can cause a severe hangover. Dark liquor has a higher concentration of toxic compounds formed when alcohol is fermented.

One research states having one drink doesn’t affect the behavioral or cognitive development of the baby, still it is better to avoid it during pregnancy. Research is too inconsistent to warrant the risk. Studies show children of eight years old whose mothers had 5-6 drinks a week during pregnancy had lower IQ.

4. Don’t save up for the Weekend

After tiring working days, people often have several drinks over the weekend. Binge drinking – defined for women as four or more drinks in roughly two hours – is on the rise among American women. Consequences of binge drinking can be very serious.