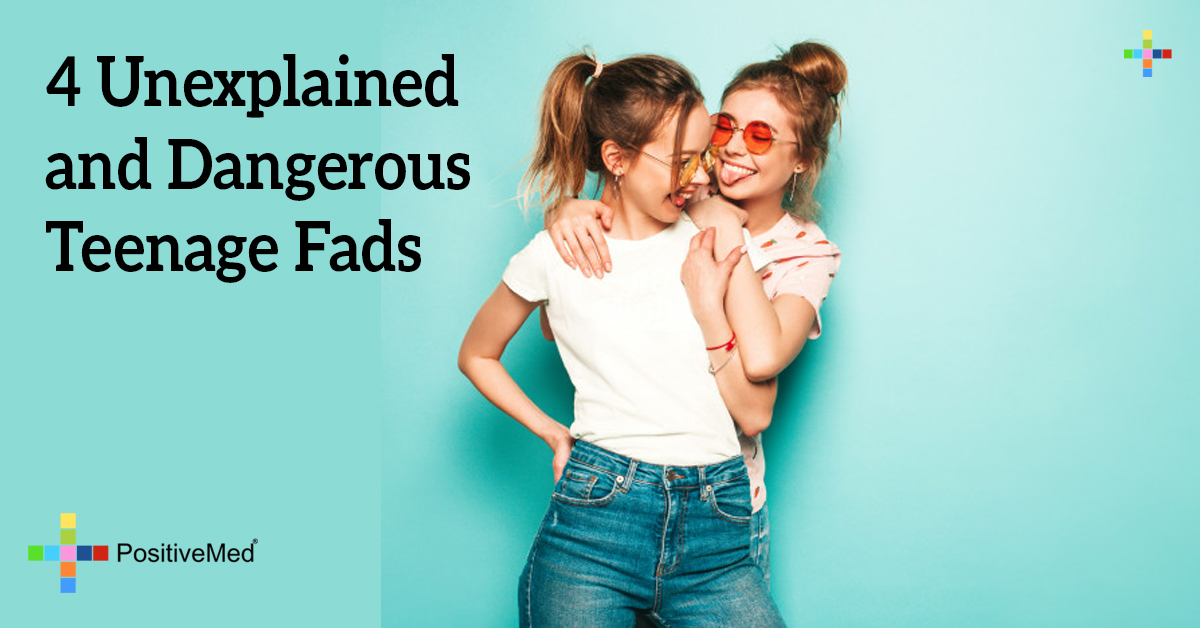 Staying up late, playing loud music, reckless driving, not cleaning up after themselves, not following rules is not something parents should even worry about these days. Now if you want to see what your kids are up to, you just have to pay close attention to the social media (Facebook, Twitter, Youtube) which is full with crazy, strange and most bizarre teenage fads.

1. INHALING HOUSEHOLD PRODUCTS:
– Glue, shoe polish or toluene, are the most common household products to inhale, close to 2 million kids ages 12 to 17 had tried these.

– A trend that started a few years ago and it consists of teenagers inhaling products that contain a lot of chemicals a new habit that can cause nausea, nosebleeds, impaired coordination and, in some cases, death. This is also called “huffing” and there have several cases of death due to huffing, including death of a 14 year old honor student in California due to huffing of keyboard cleaner.

2. CHALLENGES:
Millions and millions of videos posted on youtube with the following challenges, home videos by kids and teenagers.

– Condom snorting: A challenge that consists on snorting a condom (inhale it up the nose and pull it out of the mouth) without chocking, then upload the video on youtube.
http://www.youtube.com/watch?v=EPY3OaMqrSs

– Eating cinnamon: this challenge is based on eating cinnamon and deal with the reaction of it choking, vomiting, etc. based on this video:
http://www.youtube.com/watch?v=Cyk7utV_D2I

– Salt and ice challenge: consist on a challenge to see how much pain you can handle by putting salt and ice on the skin, this can create serious burns to the skin., it can be a result of a third degree injury.
http://www.youtube.com/watch?v=f9BzuMiQAZA

Sexting:
– 28% of teens admitted to having sent a sext
– sexting leads to ruin reputations, and also get your teenager arrested for distributing child pornography. There have been a lot of cases taken to court for this act.
– 75% of all teenagers now have a mobile phone. Daily Almost 90% of phone-owning teens send and receive texts.

Teen shaming:
– The most popular on facebook is “Hey Girls, Did You Know” a page were teens post photos of themselves that are then altered to include comments about silly situations.

– “BUTT-CHUGGING”:
– This is a drinking method and what it does is it speeds up the intoxication process, consists on alcohol entering the bloodstream through the rectum, this can potentially cause extreme drunkenness as well as severe injuries to the rectum.

– VODKA EYEBALLING:
a game that involves pouring vodka onto the eyeball from the bottle. This strips away the protective membrane covering the eye causing it to sting.

– SMOKING ALCOHOL:
– It is a vaporizing effect that goes straight to the brain used as a method for instant intoxication it happens by the pumping of air into a bottle of alcohol then the fumes inhaled into the lungs.

– DRINKING HAND SANITIZER:
– teenagers are adding salt to the hand sanitizer to separate the alcohol from the sanitizer and get drunk out of it., this is made of ethyl alcohol, a few drinks will lead the person to such a level of intoxication that medical intervention will be required.