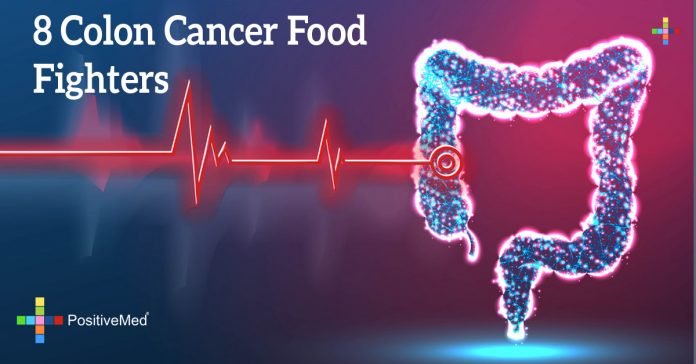 The wrong diet can play a major role in colon cancer, just as smoking leads to lung cancer the endless beef-and potatoes buffet that is the standard Western diet may nearly quadruple a person’s risk of developing the growths, called polyps, in the digestive tract that leads to colon cancer. On the other hand, diet can play a positive role as cancer food fighters.

Getting a colonoscopy, which simultaneously finds and removes polyps, when you turn 50 and every 10 years after that can dramatically reduce your risk. Since most colon cancers start with a polyp, prevention is a top priority. Simple changes in your diet can go a long way.

• Beans, lentils, peas, and other foods high in folate
Pile your plate with these foods, along with fiber, which also contains vast stores of folate, a B vitamin that protects cell DNA from damage.

These veggies are among the most powerful cancer fighters, they contain an array of compounds that flush out cancer-causing substances before they cause damage to cell DNA.

• High-fiber whole grains, fruits, and vegetables
Fiber helps speed food through your system so any carcinogens you may have eaten don’t linger long enough to cause trouble. As it’s digested by bacteria in the gut, compounds are formed that protect against carcinogenic bile acids, also produced during digestion.

• Fish
Lower your risk of getting colon cancer 30% by eating at least 10 ounces of fish weekly, there are tons of evidence linking red meat and this cancer. More fish, less red meat.

• Garlic and onions
Both contain sulfides, which help to clear our carcinogens and force cancer cells that do develop to self-destruct.

• Black and green tea
Compounds in these teas can help disable cancer-causing agents. They also stymie the growth of cancer cells and encourage them to self-destruct.