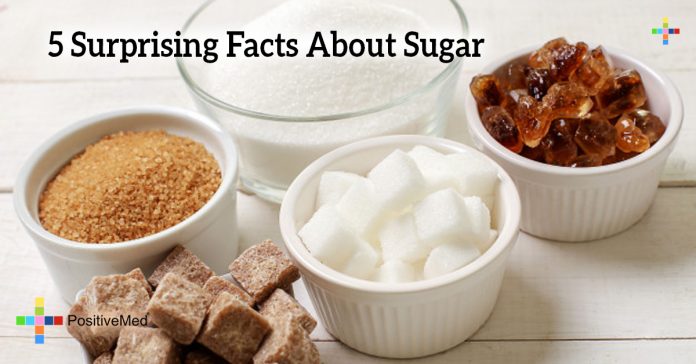 From the nutrition diva:

Now that I’ve scared the living jelly beans out of you, let me put all that in perspective. A small serving of sugar or the occasional sweet treat is not going to instantly translate into a new wrinkle or trigger multiple organ failure. The little horror show I’ve described above is what happens when your diet is chronically high in sugar. What counts as high? The World Health Organization suggests that you keep your sugar intake to no more than 10% of total calories. For most people, that’s about 50 grams of sugar, or the amount in one 20 ounce bottle of soda (or about 28 small Swedish fish). If you’re overweight or have any other risk factors for heart disease or diabetes, it might be wise to keep it to something closer to 5%.

There’s also one circumstance in which the negative effects of sugar are somewhat mitigated: right after a vigorous workout. Strenuous exercise creates a situation in which sugar is very efficiently metabolized—assuming that you’re not diabetic, of course. Instead of hanging around in your blood stream looking for trouble, sugar consumed after you exercise is taken up very quickly by your just-worked muscles. Plus, exercise sensitizes your cells to the effects of insulin, the exact opposite of the desensitizing effect that chronic sugar intake has.
In fact, consuming some simple sugars after a work-out, along with some protein, is a good way to enhance your recovery. In a perfect world, of course, you’d choose natural, nutrient-dense sources of sugar like fresh fruit. But, if you’re looking for a way to enjoy a little treat without feeling too guilty about it, use it as your reward after a good work-out.