PositiveMed The Positive Side of Medicine
Home all positive experiences Moonstruck 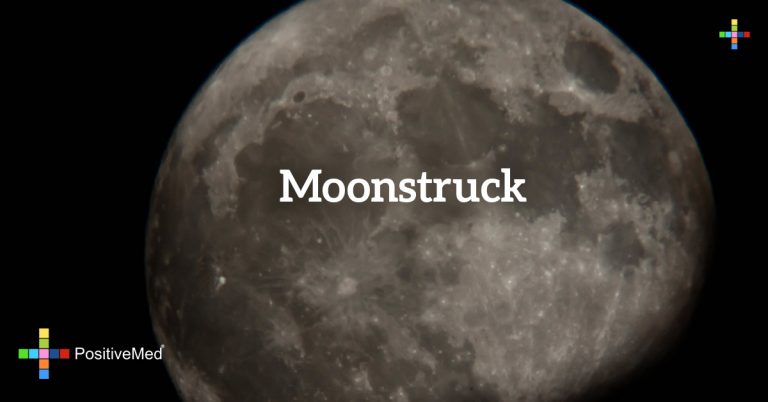 For as long as there has been a moon people have speculated about it, dreamed about it, wished on it, and believed it was filled with magic. The moon does affect the tides, but there is no evidence to support increased ER visits, accidents, and childbirth; I believe anyone who has worked in nursing, however, believes it, evidence or no.

The moon was at one time believed to be made of silver, people would request financial assistance and jingle the change in their pockets.  If a couple marries during a full moon it is believed to bring good luck and good fortune. Babies born during a full moon are supposed to grow up strong, and if you blow on a wart 9 times during a full moon it will fade.  Conversely society once believed that a woman gazing at the full moon would become pregnant, often with a monster, of course this could also be blamed on the moon’s romantic pull. The moon is also thought to cause madness from sleeping under a full moon, the word lunatic was coined by luna = moon, tic = struck.

Two full moons in one month will cause severe weather the next month. Some China-based religions believed that bring offerings to their ancestors during a full moon would bring good fortune. If a young woman holds up a silk handkerchief up to full moon, the number of moons she sees denotes the number of years she will remain single. Werewolves shapeshift during a full moon, witches ride, and it is the right time for divination and scrying. Scrying is an ancient practice of foretelling the future with water and a full moon.

Many gods and goddesses from different cultures are associated with the moon including Selene, Luna, Chang e’, Moon Rabbit, Teccizteal, Mawa and Liza, Soma, Rona, and Ixchel. Most of the stories associated with these are related to love, passion, and overwhelming desire.

Whether it brings good luck, bad luck, or no change in luck whatsoever, the full moon is indeed a glorious sight, and, often, a hint of romance. Romance in one’s life is a very good thing. As Ghandi said, “When I admire the wonders of the sunset or the beauty of the moon, my soul expands in the worship of the Creator.” 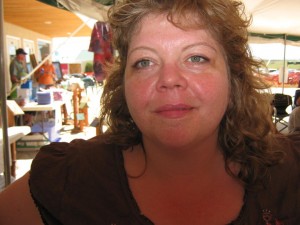 About the author:
MamaSteph has 2 kids by birth and several by love, she is a nurse and enjoys finding healthier ways to make comfort foods, gardening, enjoying nature, and living life to the fullest…For a list of her blogs please click here.