PositiveMed The Positive Side of Medicine
Home health Facts Did the DEA Legalize Synthetic Marijuana While Keeping the Natural Marijuana Illegal? 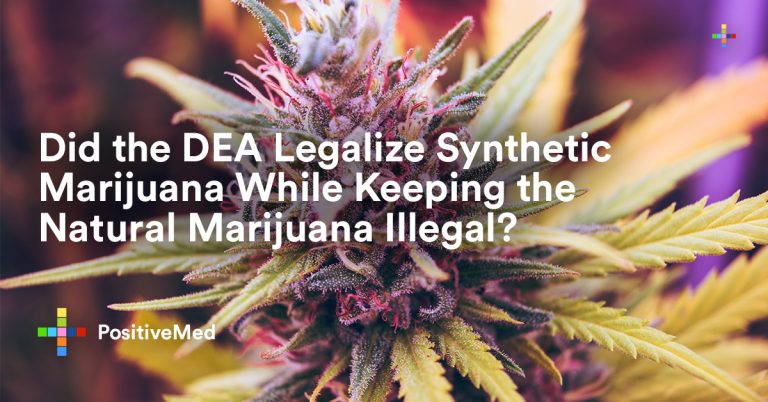 Currently, I and most other people are completely confused about the legal regulations around marijuana use. This confusion was only deepened by the Drug Enforcement Administration’s (DEA) recent decision to classify synthetic marijuana as a legal Class II drug while continuing to classify all natural forms of marijuana as illegal Class I drugs.

The role of the FDA

After being stunned by the apparent contradictions in the DEA’s recent decision, I decided to investigate it more thoroughly. Their decisions are primarily based on federal law that regulates the Food and Drug Administration (FDA). If a drug company submits information about a drug, such as dronabinol, which is a synthetic form of one of the active ingredients in marijuana, the FDA can approve the drug to be sold on a prescription basis. The DEA is then supposed to decide how to classify the drug based on its potential abuse factor, which affects legal regulations around how the drug can be obtained. I was surprised to learn that as long ago as 1985 a formulation of dronabinol was approved by the FDA and classified as Schedule II before being shifted by the DEA to Schedule III (a much less restrictive class) in 1999.

But marijuana is a plant?

So far, my research made sense: a drug company had its synthetic marijuana approved by the FDA and the DEA classified it into a restricted but legal category. But then I investigated further into how herbal products, like plant-based marijuana, are supposed to be regulated. Companies can sell herbal products long as they don’t claim they can cure specific medical conditions. The FDA can only ban the sale of herbal products if they obtain sufficient evidence that the product is actively harmful or dangerous.

I’m fairly sure no one has ever died from using marijuana. You can’t even overdose on it. Well, maybe some of the things people consume during “the munchies” might be somewhat harmful or if someone decides to DUI after consuming marijuana and gets in a crash they can be harmed, but alcohol is legal and no one wants to ban it based on some people deciding to do stupid things under its influence.

Why does the DEA cling to its Class I for plant-based marijuana?

In summary, the DEA’s stance on marijuana is clearly contradictory. If synthetic marijuana has a proven medical use, and many studies have shown the plant itself has proven medical uses, there is no logical or legal reason for the DEA to continue to classify plant-based marijuana as illegal Class I.