Fish Oil: Friend or Foe? No Benefit from Fish Oil 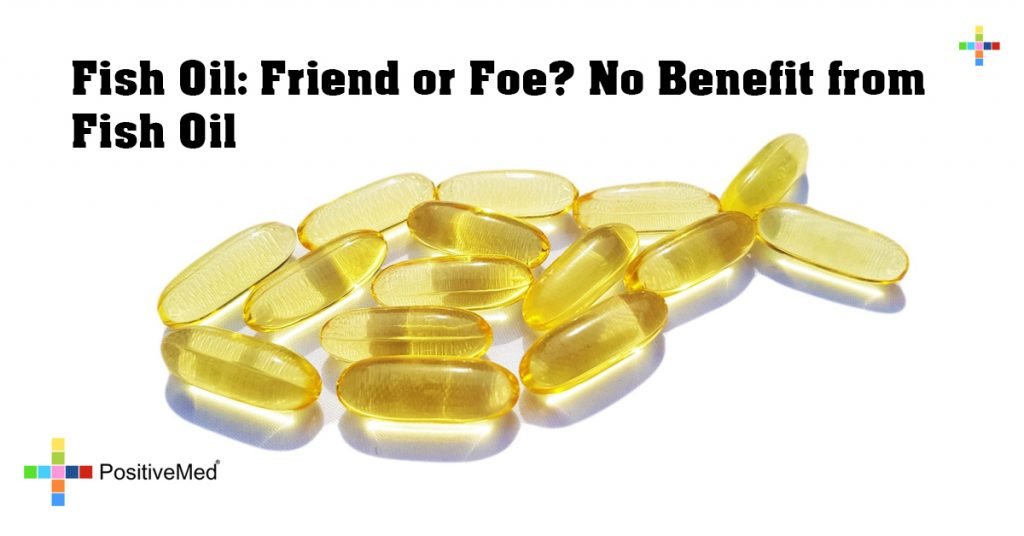 Fish oil is obtained from eating fish or taking supplements. The type of fish that are rich in the beneficial oils called omega-3 fatty acids include tuna, herring, salmon, mackerel, whale blubber, seal blubber, and cod liver. The two of the most important fatty acids found in fish oil are decosahexaenoic acid (DHA) and eicosapentaenoic acid (EPA).

Fish oil has been approved by FDA to lower the levels of triglycerides. It is also used for other conditions. It is commonly used for conditions linked to the blood system and heart. There are other people who use fish oil to lower cholesterol, blood pressure, and triglycerides. Fish oil is further used to prevent stroke or heart disease as well as clogged arteries, irregular heartbeat, chest pain, heart failure, bypass surgery, preventing blood clots, rapid heartbeat, and high blood pressure after a heart transplant.

Fish oil is also taken by mouth for weight loss, pneumonia, lung disease, cancer, chronic fatigue syndrome, and to prevent the blood vessels from re-narrowing after a surgery to widen them.

How does fish oil work?

PrevPreviousWhat Is Cupping Therapy-And Should You Try It?
NextPainkiller Addiction: Warning Signs That Says You May Have Crossed the LineNext