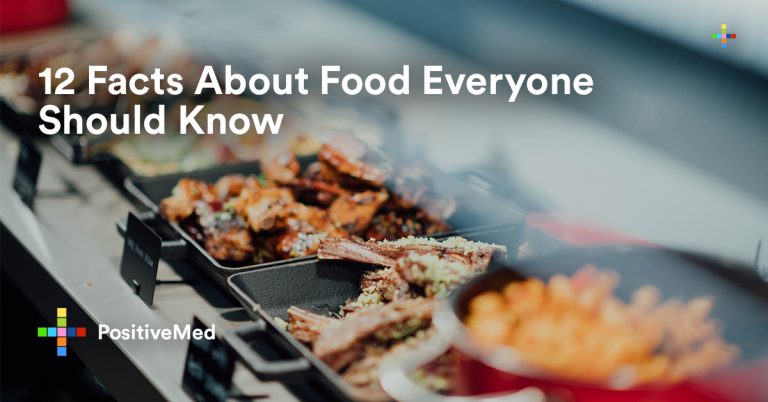 Many of us think they know everything about food. Here are 12 facts you probably didn’t know.

1. GMO Food is Legal in Most Countries

Genetically modified food crops are allowed in most countries. This is mainly because there is no scientific evidence that actually shows that such crops cause harm to human health. The most popular GMO food crops include beans, sugar beet, maize, canola.

2. You Don’t Have to Eat Every Three Hours

You don’t have to eat smaller quantities of food at regular intervals to lose weight. Scientific reports show that smaller and more frequent meals have no effect on the rate of metabolism and fat burning. Just eat when you get hungry, and ensure you choose healthy and nutritious foods.

Related Link: 6 Things No One Ever Tells You About Your Cholesterol

Many people believe fortune cookies originated from China. This is nothing but a myth. You will hardly find any Chinese making these cute cookies, leave alone eating them. Their real origin is San Francisco, where they were introduced by Japanese Americans.

4. There are a Lot of Fake Wasabi

The Wasabi we often eat in America is not actually authentic. Real wasabi come from Japan. They are cultivated in running water at temperatures ranging between 10 and 17 degrees Celsius. The wasabi roots ripen and become ready in three to four years, with one pound costing more than $100.

5. Fruit Juice is as Harmful as Sugary Soft Drinks

Many people believe that fruits juices are healthier than sugary soft drinks. This seems to make a lot of sense since the juice comes from fruit. However, fruit juice contains just as much sugar as other soft drinks.

6. You Can Make Ketchup Without Tomatoes

Tomatoes are very cheap when compared to other ingredients. However, one can replace them with other ingredients such as applesauce when making ketchup. Make sure you check the color of your ketchup to avoid buying a fake one. A real ketchup should be dark red or red.

7. The Holes in Crackers are Not for Decoration

Have you ever wondered why crackers have holes? Well, the holes are not there to add a decorative touch but to ensure the crackers bake properly. Without the holes, the crackers would not be so crispy and thin.

8. Some Foods are Likely to Become Extinct

The global warming is a real threat to the food industry. Because of the increased temperatures and irregular rainfall patterns, foods such as avocados, bananas, honey and certain types of apples are likely to become extinct.

11. An original Balsamic Vinegar is Expensive

An original balsamic vinegar is made from a fermented mixture of boiled grapes. The fermentation process takes between three to 100 years, which is why it is very expensive.

12. Fish and Plants are the Best Sources of Proteins