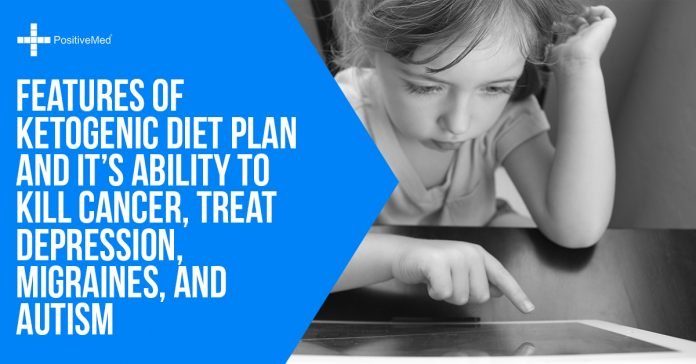 The ketogenic diet plan is high in fats, low in carbohydrates and contains adequate proteins. This composition has an impact on the metabolism of the body. This diet also lowers glucose levels in the body and improves insulin resistance. The liver converts fat into fatty acids and ketone bodies. The ketone bodies are transported into the blood stream. Since many ketone bodies are produced, this state of the body is known as ketosis.

1. ITS ABILITY TO KILL CANCER

Cancer is a disease that invades the body. It is caused by abnormal cells that multiply rapidly in parts of the body. Cancer cells thrive on feeding on sugars in the body. This diet does not encourage sugar consumption and the carbohydrate intake is low. By introducing a ketogenic diet plan , body cells will adapt and use fat for energy but cancer cells cannot shift to using fat. Cancer cells, therefore, cannot survive or multiply. There have been promising results in the use of ketogenic diet plan in treating colon gastric cancer and prostate cancer.

The low-calorie ketogenic diet plan causes ketones to be produced from fats in adipose tissue. The ketones produced, in return, produce a lot of energy, less glucose, and less oxidative stress. This enables the brain and muscles to work more efficiently. Migraine patients have an energetic deficit in the brain and therefore the effect of the ketone bodies being energetic boosters greatly reduces migraines. Another positive effect is that ketogenic diet has anti-inflammatory effects. It reduces inflammations that may be caused by migraines.

Autism is a mental condition that is characterized by communication difficulty and strains when forming relationships with other people. Normally autism presents from childhood. Ketogenic diets have been used to treat epilepsy in children since 1920 and epilepsy is a common symptom in people who have autism. According to a study done in 2003, autism patients who were put on a ketogenic diet showed reduced autism symptoms.

READ ALSO: She Claims That This ‘Autism Diet’ Cured Her Son

A case report in the Journal of child neurology is a four-year-old child with autism. The child showed an insignificant response to all other diets like gluten free and casein diet. On modifying her diet to a ketogenic all balanced diet, there was a great improvement. Theses included reduced seizures, weight loss, the child was calmer and there was the notable improvement in social skills.

The ketogenic diet has a significant impact on the treatment of several diseases and conditions. These diseases and conditions include obesity, epilepsy, and cancer. Although research about how effective the diet is under these conditions is undergoing, most results have shown that ketogenic diet works. This information is not known to many people. This is unfortunate since people who do not respond to medication or those who cannot afford treatment can switch to the diet. Taking cancer as an example, many people cannot afford chemotherapy and the treatment has adverse effects such as hair loss, feeling weak, feeling tired and muscle wasting. Following this diet is much cheaper and does not have any reported adverse reactions. Some people use Ketogenic supplements to get short-term and long-term release of energy during their workouts.