Quality vs. frequency: the age-old question when it comes to bedroom play. For some, it’s all a matter of how much and how often, whereas others are more concerned with how satisfying it was the first time around-forget tallying up the numbers. 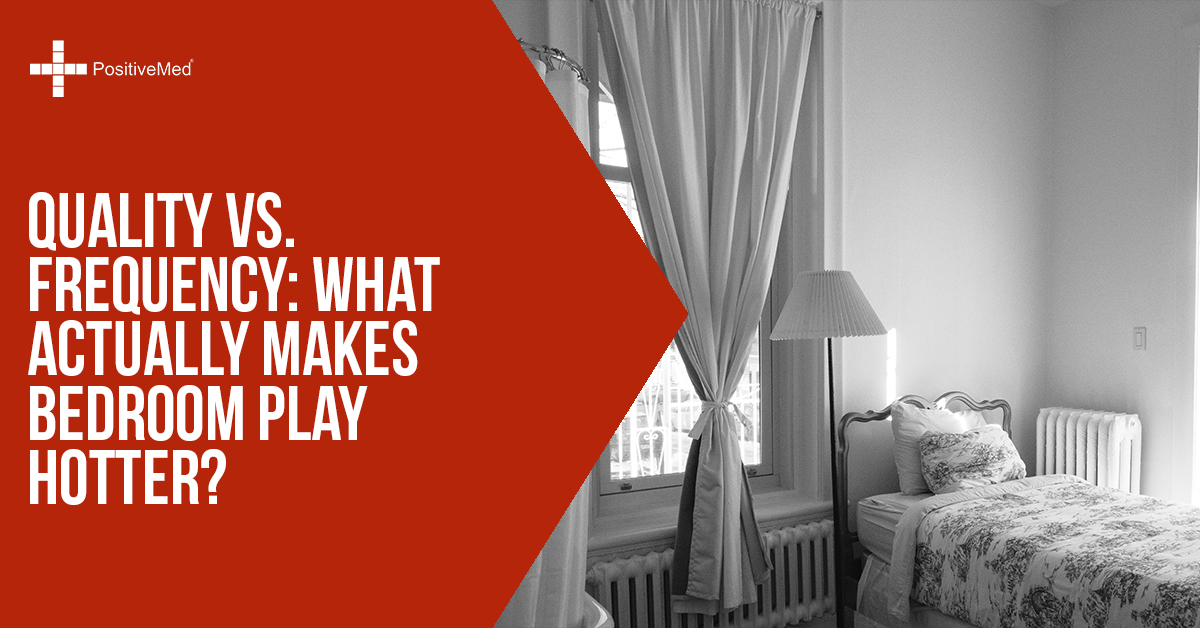 Recently researchers from Carnegie Mellon University conducted a study exploring the way bedroom play frequency influences men and women’s moods if it truly is a matter of quality or merely quantity that makes or breaks the mood.

Researchers conducting the study assigned frequencies at random to 64 married couples between the ages of 35 and 65, over a period of three months. One half of the group of participants was instructed to double the amount of bedroom time they had in a typical week, while the other half was instructed to maintain their normal pace. Throughout the experiment each participant was required to complete three separate surveys, answering questions covering a range of topics, from behavioral heath to happiness levels, as well as the frequency and types of pleasure it awarded.

The study’s outcome found that more time in the bedroom didn’t necessarily mean a happier couple. On the contrary, it actually dimmed the passion. The Carnegie researchers attempted to explain this as a fallacy of the experiment, with the study’s lead author George Loewenstein telling CBS News that “perhaps couples changed the story they told themselves about the activity voluntarily engaged in, to one that was part of a research study.” He continues, “If we ran the study again, and could afford to do it, we would try to encourage subjects into initiating more ways that put them in a [desirable] frame of mind, perhaps with babysitting, hotel rooms, or Egyptian sheets, rather than directing them to do so.”

RELATED ARTICLE: 7 Foods You Often Eat that May Ruin Your Good Mood

The Science of Partnerships

While inarguably complex, romantic human behvarior is dictated by the biological need to procreate, as stressed by the Harvard Business Review. In an article for Medical Daily, Samantha Olson writes in agreement that “our instincts drive us to the bedroom, where women find a mate with quality genes and men find a mate healthy enough to bear a child.”

It may seem like primitive caveman logic, but the truth is the instincts are what drive the frequency, with neurohormones such as oxytocin and vasopressin being released at vital moments to keep the body in a state of desire and wanting more. Which means the study may well have-for lack of a better term-killed the mood for some couples. Participants instructed to up their bedroom play frequency found that the attraction waned, as their natural primal urges fell into a decidedly unnatural rhythm.

The study proved the point that satisfaction is very much a matter of quality, rather than quantity. When our brains are turned on and our bodies are receiving that flood of “happy” hormones, frequency plays a very small part in the overall outcome. Writing on the Carnegie study for Psychology Today, Michael Castleman M.A. notes: “The reality is that, for most couples, the frequency is the result of extended—and often challenging—negotiations. New lovers can’t keep their hands off each other. But after six months to two years, the hot-and-heavy period ends, and the vast majority of long-term couples must contend with desire differences.”

Love Is The Answer

The study’s designer, Tamar Krishnamurti, a research scientist for CMU’s Department of Engineering and Public Policy, reflected that “desire decreases much more quickly than the enjoyment of it once it’s been initiated. Instead of focusing on increasing frequency to the levels they experienced at the beginning of a relationship, couples may want to work on creating an environment that sparks their desire and makes the [bedroom play] that they do have even more fun.”

Ultimately, what sends you flying into the arms of your partner shouldn’t be the urge to tally up notches in the bedpost. What keeps us happily satiated in a loving relationship is just that love. When we feel genuinely needed, desired, and supported, it’s the moment that counts, and not how many moments you can rack up.