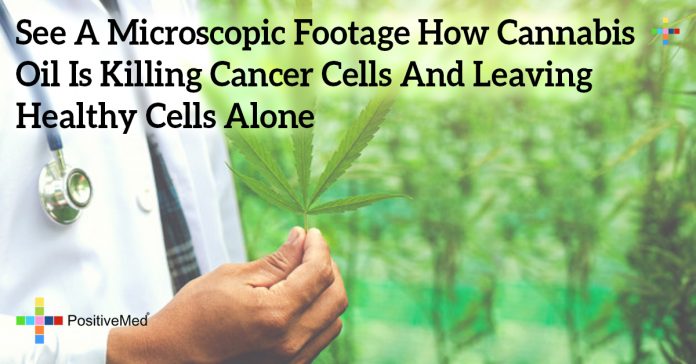 Despite continuing struggles surrounding its legalization in the United States, cannabis oil continues to show great promise for the effective treatment of cancer. Even the American Cancer Society acknowledges on their website the remarkable implications of the limited information we currently have regarding the effects of cannabinoids on cancer cells, citing recent animal and in vitro studies showing that THC and other cannabinoids slow the growth of cancer cells and sometimes kill them.

While no scientific research has been conducted on the cancer-fighting properties of cannabis oil in humans, there is a growing wealth of anecdotal evidence suggesting that it could bring hope to countless patients. A marijuana grower in the East Bay area named Constance Finley claims to have used her potent cannabis oil to treat 26 stage-4 cancer patients referred to her by a prominent oncologist. Only one of these patients failed to survive, resulting in a shocking 96 percent survival rate.

RELATED ARTICLE: She Made THIS Oil Mix And Killed Her Terminal Stage IV Lung Cancer In 9 Months

Another impressive testament to the healing powers of cannabis oil is the story of Dennis Hill, a biochemist diagnosed with an aggressive case of adenocarcinoma of the prostate. While many patients choose to use cannabis oil in conjunction with traditional medical treatments such as chemo and radiation therapy, Hill used only cannabis oil to treat his cancer. It went into remission within six months.

Unfortunately, widespread legalization of marijuana must occur before studies will be conducted on human subjects. Once we are able to gather more data, cannabis oil may someday become part of standard treatment regimens for various types of cancer.