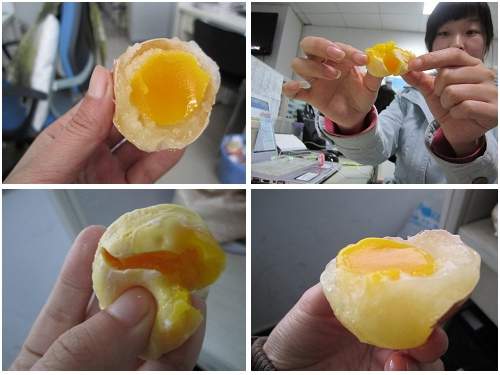 10 Toxic, Filled With Plastic And Potentially Cancer Causing Foods From China To Avoid

It is no surprise that much of the food American’s eat is imported from China. But over the years, it has been discovered that some of the foods created in China are unhealthy. Some are even fake, created with chemicals and plastics, which are dangerous to human health. Here are ten foods from China that you definitely want to avoid.

Tilapia is a pretty popular fish dish in the United States. Unfortunately, 80% of the tilapia consumed in America comes from factory farms in China. Factory farms are already a terrible idea for the health and quality of the animal being farmed. Crowded conditions create a polluted environment, leading to contaminated fish.

These fish usually are fed pellets created from soy and corn as well, which are GMO’s. GMO corn has been speculated to be linked to cancer.

RELATED ARTICLE: 5 Types of Fish That Cause Belly Fat!

You may not believe it, but about half of the apple juice sold in the United States comes from China. And China, world’s largest pesticide producer, does not have strict guidelines for the use of pesticides, allowing very high levels of pesticides in foods. Apples grown in China are no doubt doused in chemicals and pesticides. It is no new argument that pesticides are dangerous to human health and also cause cancer and other diseases.

34% of the mushrooms that are imported to America come from China. These are usually canned mushrooms. As with the apples, it is likely they are grown in unfavorable conditions with the use of chemicals and pesticides. It’s wise to choose locally produced mushrooms.

Garlic from China is another food that is subjected to chemicals and pesticides. Garlic can be passed off as organic easily. Again, it can be hard to tell if they are grown safely, so it’s best to stick to local sources of garlic. Also, avoid processed foods that may contain garlic because the source could be Chinese garlic.

China and America recently struck a deal allowing for chicken to be processed in China and shipped to America. Chicken is factory farmed just like fish, and this causes many issues with sickness. Avian flu is common in China, and it is no telling what gets into the meat that is processed there.

There have been some reports recently on plastic rice being made and exported. This rice is made with potatoes, sweet potatoes, and small amounts of plastic. Consuming plastic is obviously dangerous to one’s health. It can cause serious digestive issues and lead to death.

Industrial salt has been showing up in the salt that Chinese people consume, which means it’s likely also in the salt being exported to America. Industrial salt can negatively affect a person’s health when consumed, including hypertension, heart attacks, stroke, and mental disorders.

There was a recent case where a vendor was caught selling mud in place of black pepper. While this did seem to be an isolated incident, it is a lesson in always questioning your sources.

RELATED ARTICLE: YOUR ORGANIC FOOD MIGHT BE IMPORTED FROM CHINA. HERE’S WHAT YOU MUST KNOW

This may be one of the worst foods from China. In 2005, it was discovered that some green peas in China were not natural. They were made from snow peas, soy, and colored with green dye and sodium metabisulfite. This is a chemical that is used as a bleach and a preservative, and it is banned from being used on produce. It is believed to cause cancer and prevent the body from absorbing calcium.

The lesson here is that you should always question where your food comes from. Food is becoming more processed and manufactured. It’s easy to pass off something as high quality and natural when it is produced in another country. Eat less processed foods and cook from scratch with local, healthy ingredients.