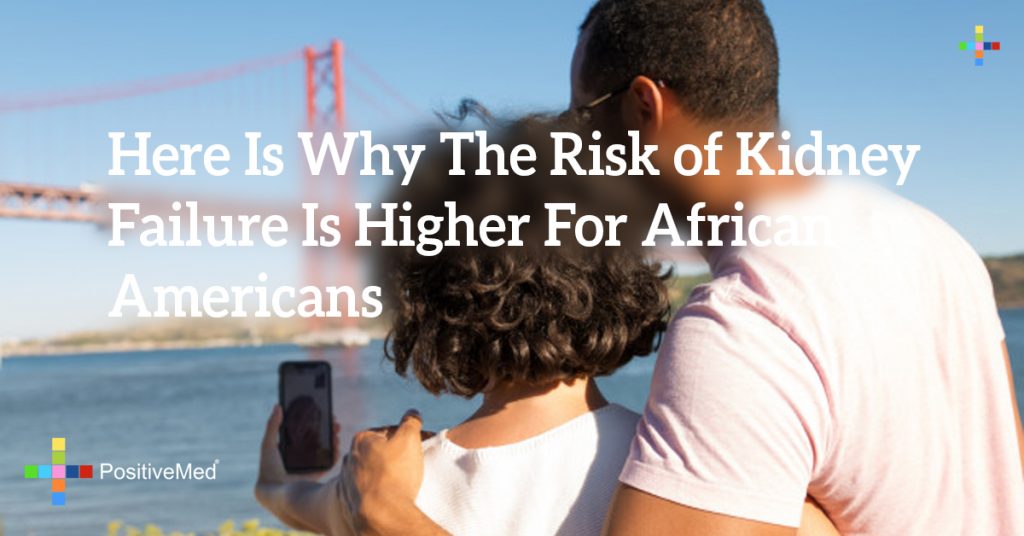 African Americans make up only around 12% of the United State’s population, but the group accounts for 32% of all kidney failure cases. This statistic is striking and raises questions about what factors may cause this disease to affect one segment of the population disproportionately. Recent research indicates that a combination of risk factors and genetics’ account for the large variation in kidney disease rates between African Americans and Caucasian Americans.

Our kidneys play an important role in our bodies by regulating our blood pressure, producing red blood cells and filtering out waste from the blood. In the early stages of kidney disease, no symptoms are present and the disease unknowingly goes untreated. This can quickly progress to kidney failure with no warning. In many cases, the failure is progressive, but often the damage is irreversible.

According to the National Kidney Disease Education Program, around 20 million Americans suffer from kidney disease, and African Americans are four times as likely to develop kidney failure than their Caucasian peers. In an extensive 16-year study, the Second National Health and Nutrition Examination Survey found that even when accounting for different sociodemographic factors African Americans remained 2.49 times as likely to suffer from chronic kidney disease.

RELATED ARTICLE: 10 Most Effective Ways To Take Care Of Your Kidneys

In a monumental study on chronic kidney disease, the National Center for Health Statistics determined that around 44% of the increased risk to African Americans is caused by excess risk factors. These include lifestyle, clinical and sociodemographic factors that are potentially modifiable.

The Chronic Renal Insufficiency Cohort Study offers information that could help explain the remaining gap between African American and Caucasian American rates of kidney disease. The extensive research pointed to a common variant of a specific gene that is more readily found in African Americans. Those who have this gene are also twice as likely to have chronic kidney disease progress to kidney failure than those without the gene. The gene variant APOL1 is connected with the rate at which an individual will lose kidney functioning and was found to be even more significant than blood pressure or diabetic status. According to the studies, APOL1 is very rare in Caucasians but can be found in about 13-15% of African Americans.

Much more research is needed to determine exactly why African Americans are more prone to kidney disease and failure than Caucasian Americans, but current research has provided some explanation. Modifiable lifestyle, clinical and sociodemographic factors combined with genetic predispositions account for many variant disease rates.