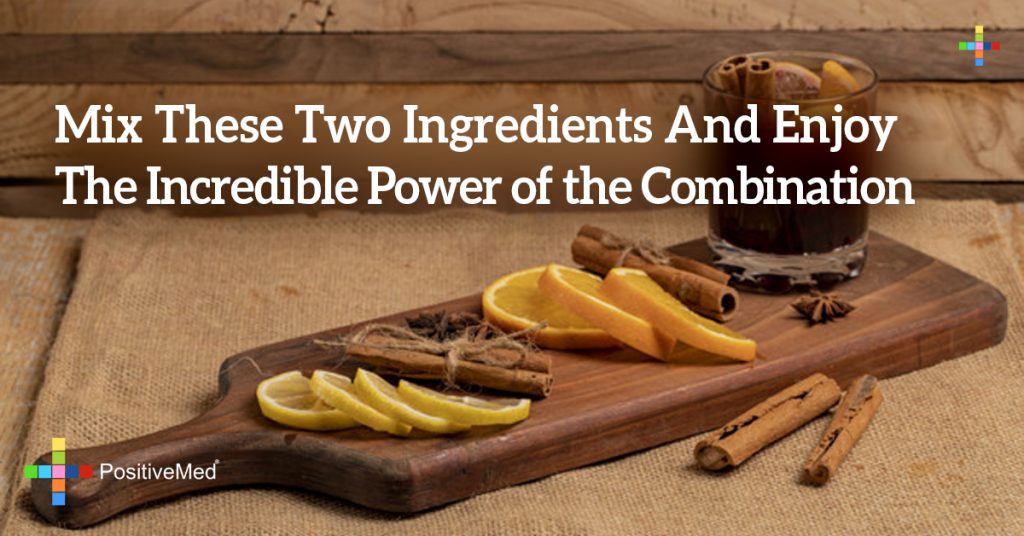 Lemons are fantastic at detoxifying the body, improving immunities, regulating digestion and stimulating weight loss while cinnamon increases metabolic rates, helps kill bacteria and has anti-inflammation properties.. Separate the two natural products are great, but together they’re magical and medicinal.

One of the many different ways lemons and cinnamon positively affect the body is they help heal acne. Acne is caused by excess clogging and inflammation of the pores. According to Healthy Food Advice, adding a few drops of lemon juice to a teaspoon of cinnamon powder creates a paste that is known to be very effective at drying up and eliminating acne.When used in conjunction with lemon, cinnamon has significant anti-inflammatory properties. Drinking a mixture of two teaspoons of cinnamon powder, one teaspoon of honey and a couple drops of lemon juice in a cup of water every morning before breakfast should help reduce the pain and inflammation associated with arthritis and other degenerative joint conditions.

During cold season, coughs have no chance against the powerful combination of lemons and cinnamon. Common Sense stated that mixing half a teaspoon of cinnamon and a teaspoon of honey together is a powerful anti-bacterial coating for your throat to suppress coughing. Lemons are better at breaking up and clearing phlegm. One-fourths cup of water mixed with two tablespoons of lemon juice is the perfect for gargling water to cleanse the throat.

Wrinkles can be caused by many factors are typically caused by the loss of collagen in the skin, which ends up reducing the softness and spring of the skin causing the face to create lines and wrinkles. Luckily, lemons have antioxidants that help heal damaged skin, and cinnamon has collagen-boosting properties to help improve the appearance of wrinkles by smoothing them out. Mixing the two into a paste and gently massaging them on to the face will allow the lemon juice and cinnamon powder to work their magic.

Lemons are great at removing oil and buildup on the scalp therefore, which adds more shine to your hair. Cinnamon provides the scalp with nourishment and exfoliation. Mixing lemon juice and cinnamon powder to create a paste and then massaging them into the scalp before shampooing creates a healthier scalp and lustrous hair.

Lemon juice is actually very helpful with cleansing the liver, which in turn is our primary organ for cleansing the body of toxins. Cinnamon powder on the other hand has antioxidants that prevent cellular damage, but together lemon juice and cinnamon powder create a powerful detoxification for the body
.
Lemons and cinnamon have their own natural healing properties separate from one another but combined they make a very powerful team. Together they make one of the most versatile mixes for the body.

PrevPrevious8 Things Ladies of Any Size Should Do Without a Shame
NextSee What Happens to Your Body When You Drink Apple Cider Vinegar and Honey on An Empty Stomach in the Morning!Next