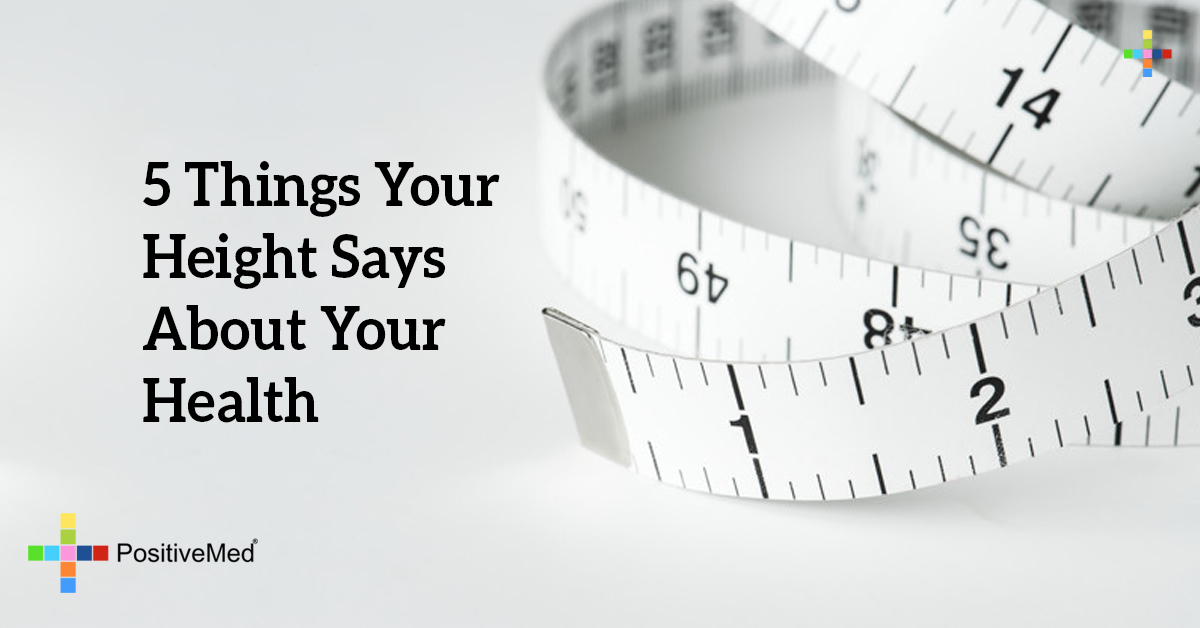 5 Things Your Height Says About Your Health

You may brag about your height or have people make jokes about it ; whether you’re considered too tall or too short. However, there’s actually quite a lot that can be determined by your stature. Recent studies have shown a direct correlation between height and health. There are benefits to being tall as well as there are to being short, and here’s five examples of this point.

Being over six feet tall can have a lot of health benefits you may not have been aware of. For instance, taller women are about a quarter less likely to get heart disease than their shorter friends, a recent study finds. The chances of heart disease diminish about 14% with every 2 ½ inches, according to a study at the University of Exeter in the UK. This might be because the genes that make people short can also induce high cholesterol levels.

The minds of taller women will also die from dementia less often than shorter women. This might be because, as scientists believe, a smaller stature makes one more susceptible to danger than a larger one, and this is not a point of genetics.

Tall women are also likely to have a less stressful pregnancy, less likely to require a C section on average, and less likely to develop gestational diabetes pre and postpartum. A New York City University study closely followed over 220,000 pregnancies which led to this report. Apparently, height can even relate to the tolerance and positive reaction to glucose. Shorter women feel the blow of pregnancy more than their taller friends because of their smaller frames.

On the other side, shorter women are less likely to develop cancer. Many types of cancer are associated with a tall stature, including kidney, breast, and colon cancer. Because taller women have larger organs and a greater number of cells, they have more chances of being attacked with cancer. The hormones that cause greater height could also carry with them the causes of cancer.

As a short person, your chances of developing blood clots also dwindles. Women 5’2” and shorter with an average Body Mass Index (BMI) are three times less likely than taller women to develop blood clots in old age. A study was conducted at the University of Tromso in Norway to measure the amount of blood pumped in taller versus shorter women. They found that the taller women’s reduced blood flow increased the chances of developing a stroke from a blood clot. They also found that, whether in tall or short women, a slenderer frame will make it less likely to develop blood clots as well, because the blood has to work much harder to pump through heavier, taller bodies.