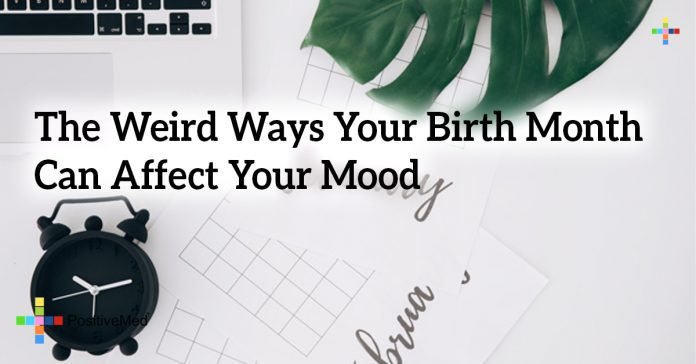 Millions believe the month they are born in can affect their behavior and destiny. This stems from belief in astrology and the effects the stars and planets have on each individual at their time of birth. The belief is that the interaction of planetary influences directly affects the human body, new research shows that maybe the astrologers had something right. Researchers discovered a strong correlation between the number of neurotransmitters in a person’s brain and the month in which they are born. Neurotransmitters are responsible for behavior patterns, so let’s take a closer look at these findings.

Researchers suggest we should not take this research too seriously, it merely shows people born in certain months are more prone to certain behaviors and diseases. Of course, there are numerous external influences that also factor in. External influences have such a powerful impact it can change the effect of planetary or birth month influences. Perhaps, it is truly a state of mind.

According to a recent Hungarian study, those born in spring and summer often have rapid mood swings. They may feel elated one moment and the next they are down in the dumps. Often moods are exaggerated. Those born in fall and winter are prone to depression but are less likely to become irritated by small things. Both patterns are controlled by amounts of certain neurotransmitters in the brain.

According to a UK Office for National Statistics study, people born in certain months are more prone to certain diseases and behavior.

– April babies are more susceptible to alcoholism, autism, and depression

– May children are prone to diabetes and glaucoma

– Those born in June have more vision problems