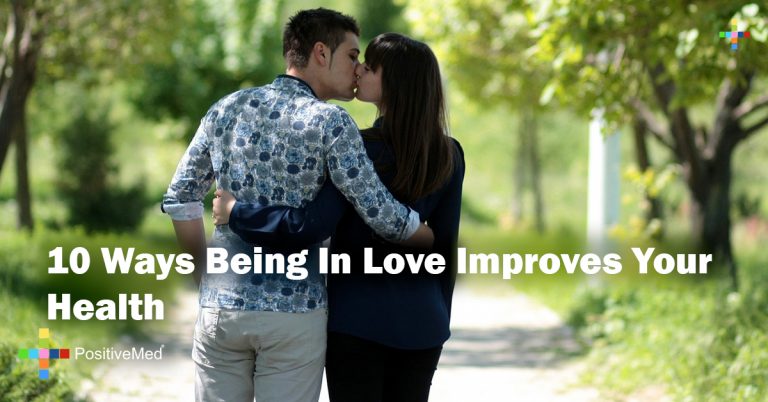 10 Ways Being In Love Improves Your Health

Love makes people blind and erases logical thinking. In fact, being in love creates the same reactions in the brain as that of being on drugs. However, no need to panic. It is not quite the same as a drug addiction, so do not run to rehab just yet. Love may be an addiction, it may take all of someone’s time, money and logical thinking, but it is also healthy.

Daily Workouts:
There is no denying it, being in love comes with a few physical benefits. Making out for 30 minutes burns about 230 calories. So, if that much is being burned with just kissing, one can only imagine how many calories those late nights can burn.

Stress Relief:
Studies show that when individuals are in healthy relationships, their stress levels decrease extremely. Love and romance are the dominating force in society and, if someone does not have it, they will stress themselves out trying to figure out how to get it. Not to mention, those late nights are known for their anti-stressing powers as well.

Skin Health:
Stress leads to pimples. Along with the anti-stress movements that come alone with being in love, it also does miraculous things to the skin. They were not lying when they said that happy people glow.

Guards the Heart:
Not only does being in love guard a heart emotionally, it also guards it physically. Studies show that happily married men have 50 percent less chance for things such as angina, heart burn or diabetes. Women are also known to have a lower risk for cardiovascular disease.

Keeps the Grim Reaper at Bay:
UCLA researchers claim that married individual’s life spans are significantly higher than those of unmarried individuals. It is said that women who are married are 20 percent less likely to die of heart disease, suicide or liver disease.

Mental Benefits:
In life, high amounts of stress can lead to several mental issues, such as depression, anxiety or ADHD. Just having someone to come home to every day and release tension with is a huge factor in decreasing the risk of mental problems. Also, someone who is living alone is responsible for everything, whereas a married couple works as a team.

Cancer Recovery:
Being in love grants lower cancer risks to individuals as well as a quicker cancer recovery. The University of Iowa claims that individuals in healthy relationships were found to have stronger whit blood cells in their systems. Several instances have occurred where cancerous patients beat their cancer with no explanation other than that they had strong, loving relationships at home.

Lowers the Scale:
Along with all those late night workouts, being in love keeps the body slim and fit. High activity with a lover burns those light night calories, thus helping with keeping the weight off. People in love also have inspiration to stay fit in the first place.

Attitude Adjustments:
People who are in love have significantly better moods than those who go through life alone. Humanity longs for companionship, that is just how it is wired. Without that companionship, any normal human being would get a little aggravated.

Higher Immunity:
An important hormone is released every time someone kisses, touches or is physically involved with another person. This hormone heightens levels of IgA, which greatly increases someone’s immunity to illness or disease. Being in love limits those trips to the doctor, not to mention all the money saved on cough syrup.

If anyone’s health is in question, a doctor is may not the answer, but it could be a lover.