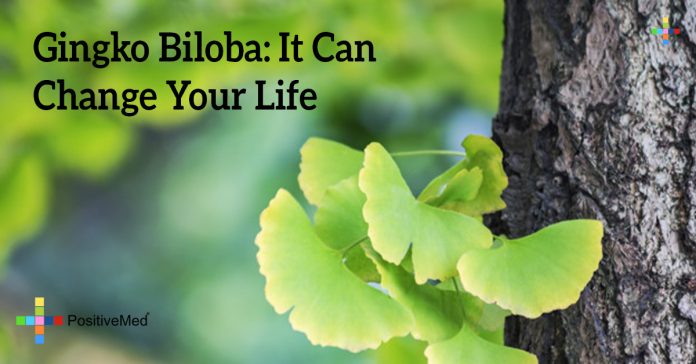 Gingko Biloba: It Can Change Your Life
By: Andres Carvajal
Edited By: Stephanie Dawson

Gingko Biloba is one of the most ancient trees on the earth. Originally from Chinese traditional medicine, it now can be found all over the world due to its botanical plasticity.

It is also one of the most studied plants due to its medicinal properties. It contains two kind of antioxidants: flavonoids and terpenoids. Various studies have shown Gingko effective in treating blood circulation problems and improving memory and concentration.

The active principles of gingko biloba are found in the leaves, which are collected in autumn.

• It has a vasodilatation effect, or increases blood flow, which may assist in the prevention of heart disease and stroke

• Antioxidant and neuro-protective, it may prevent dementia disorders and aid in the anti-aging process

• It has been known to increase the level of glucose and ATP energy, good for athletic performances

• It has been helpful in the treatment of swelling of the brain.

• Can help with depression and anxiety

There are several ways to consume the leaves of this spectacular tree, generally it is consumed in extract, tablets or infusions can be used for the benefits mentioned. As the fruit and seeds are poisonous, they should be not consumed.

Gingko biloba is not recommended for children nor pregnant women. It is not recommended for people with epilepsy, as there’s a chance it can increase seizures. The effects for adults can be seen within 4 to 6 weeks, with doses around 70 mg per day and less than 120mg per day to avoid GI difficulties. For healthy adults, doses of up to 600 g in three doses a day can be useful for activities that require concentration or during an exam period.

The supplements are usually well-tolerated with possible secondary effects such as stomachaches, dizziness, migraines, or allergic reactions. These side effects are not common. You should stop taking gingko biloba if you have any of these, or any other side effects. Consult your doctor before taking this, or any other medications.