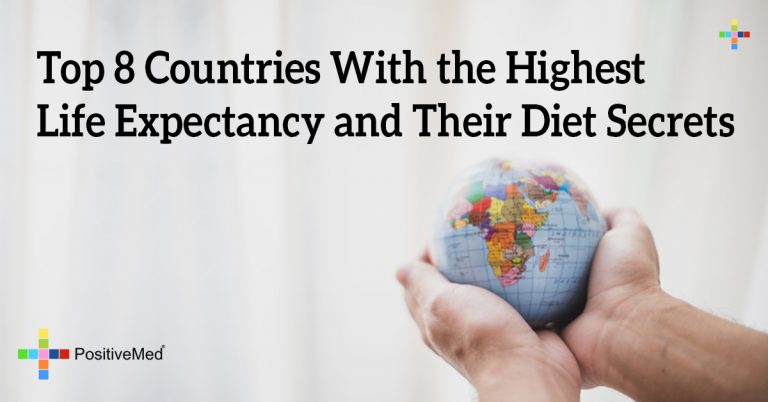 If you want to live longer, you might need to move to one of the countries with the highest life expectancy!, or not! Of course, you can stay where you are and change your diet and lifestyle to a healthy one, and transform your life expectancy! Here, we have gathered a list of 8 countries that offer the best quality of life and have the longest-living citizens:

Monaco’s state-funded healthcare system helps increase life expectancy by providing proper health services to its citizens. Of course as one of the world’s wealthiest nations, a lot of wealthy people live in the country are able to afford all sorts of medical expenses.

The diet is based on consuming lots of seafood, which is a great source of omega 3s. Due to the proximity to the sea, fish is a very important ingredient of this diet. The Mediterranean climate is great for the cultivation of fruits and vegetables. Also French and Italian cuisine had influenced the diet of Monaco people, and as many studies have shown, Mediterranean diet is one of the healthiest diets on the planet.

Diet is mostly consist of vegetables and seafood. If you like Asian foods and fusion cuisine, you should definitely try Macanese foods. Since Macau is funded by Portuguese, the original Macanese diet is a mixture of Portuguese and all Asian cuisines with use of spices from all around the world. As we all know, many spices and fresh ingredients have positive effects on our body. Also some studies have shown that traditional Chinese cuisine help fight heart disease.

Japanese keep a very active and healthy lifestyle. Okinawa, a tiny island in East China Sea is famous for its exceptional high number of centenarians (people living more than 100 years). Studies have suggested that Okinawans have 80 percent fewer cases of heart disease and cancer compared to Americans.

Diet: Japanese eat balanced and light meals. They eat a lot of fish and dozens of ingredients with extremely high amounts of antioxidants. Seaweeds, leafy greens and tofu play an important role in Japaneses diet. They have a Confucian teaching called hara hachi bu, which means they eat until they are 80 percent full.

Singapore’s outstanding health care system is the key: Singapore has the world’s third highest GDP per capita and is a country able to afford good health for all!

Singaporean cuisine is an indication of its diverse and multinational culture: Malay, Indian, Bengali, Indonesian and Chinese cuisines all play major roles in the Singaporeans diet.

Singaporean foods consists of a balanced diet that grains, fruits, vegetables and lean meats provide all the nutrients to help protect against chronic diseases.

San Marino is a very small nation landlocked by Italy, with a uniform and homogeneous culture, fairly high economy and advanced agriculture.

Diet: The Sammarinese cuisine is quite similar to Italian cuisine, especially similar to the gastronomy of Italian provinces surrounding this tiny country. San Marino produces lots of corn, olives, grapes and wheat. Sammarinese cuisine is also a good combination of carbs, veggies, fruits and healthy fats. Also this region produces some world class wines such as Brugneto and Tessano.

This small country is isolated in the mountains between France and Spain and this isolation has created a stress-free and active lifestyle. Being surrounded by nature and fresh air in a less hectic environment is good for body and mental health.

Diet: Andorran cuisine is a combination of spanish and french cuisine. Sheep is a very common animal in this tiny mountainous country, so most of the local dishes contain lamb. Andorran people also consume lots of dairy products.

The low obesity index reduces the risk of many diseases and create a higher life expectancy; people in Hong Kong have an active lifestyle.

Diet: Hong Kong has long been a British colony, as well as an international commerce hub, so its cuisine is influenced by many cultures. Like the Chinese cuisine, the Hong Kong diet includes a lot of vegetables, tofu and rice.

Top 8 Countries with the Highest Life Expectancy and Their Diet Secrets
By PositiveMed Staff
Reviewed by Nima Shei, MD