PositiveMed The Positive Side of Medicine
Home Food Health and Food Monsanto: An Evil Empire 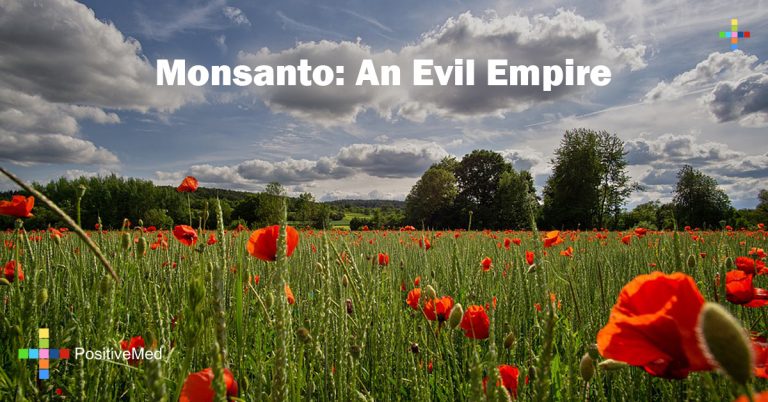 It’s a strong accusation, so we will review the facts:
Monsanto was started in 1901 to manufacture an artificial sweetener called saccharin, which later became implicated as a possible carcinogen, in fact Monsanto’s production is based on chemicals, including two of the most toxic substances ever created: polychlorinated biphenyls, better known as PCBs, and dioxin, which have been linked to damage in the liver and in the neurological, immune, endocrine, and reproductive systems. Their best selling product is an herbicide called Roundup that kills every plant it touches, they also manufactured the powerful herbicide Agent Orange, used to defoliate 30,000 square miles of South Vietnam. 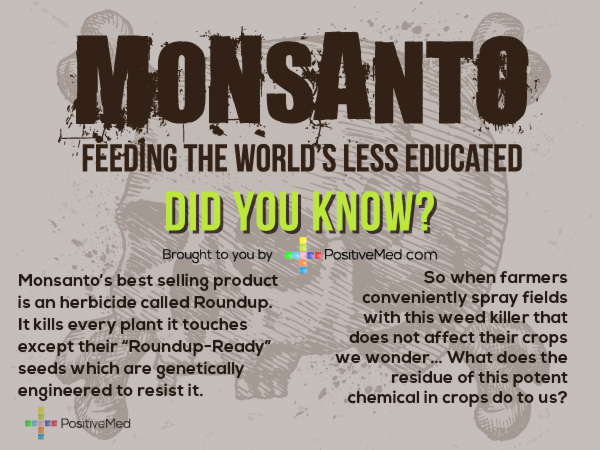 The real windfall came when the chemical giant Monsanto, now calling itself a “Life Sciences” company, used a Supreme Court ruling allowing corporations to  patent “live human-made microorganisms” to facilitate its quest for world domination…through seeds.
Whoever controls seeds controls the world’s food supply, and Monsanto quickly became the world leader in genetic modification of seeds, winning hundreds of biotechnology patents that force farmers to re-buy seeds every year, instead of simply saving them from the previous crop.
When it comes to pushing towards labeling GMO food we purchase and consume, a major step in the wrong direction was taken.

Roundup-Ready Alfalfa seeds are genetically engineered to resist the herbicide Roundup, so farmers can conveniently spray fields with weed killer without affecting the crops, which makes you wonder what its residue does to you when you eat the crops slathered in it.
Another important fact to consider is that seeds tend to spread, on the wind and by birds, meaning no field or forest is safe from transgenic invasion. Plus, an epidemic of super-weeds has sprung up in nature’s creative response to genetically engineered crops, affecting all farmers.

The so-called “science” coming out of Monsanto is some of the most inane, malicious and brutally deceptive junk science ever fabricated by corporate science sellouts. Instead of testing GMOs for long durations on animals, Monsanto-funded scientists test GMOs for a mere 90 days and then adamantly declare the food to be “safe” for a lifetime of consumption by humans.