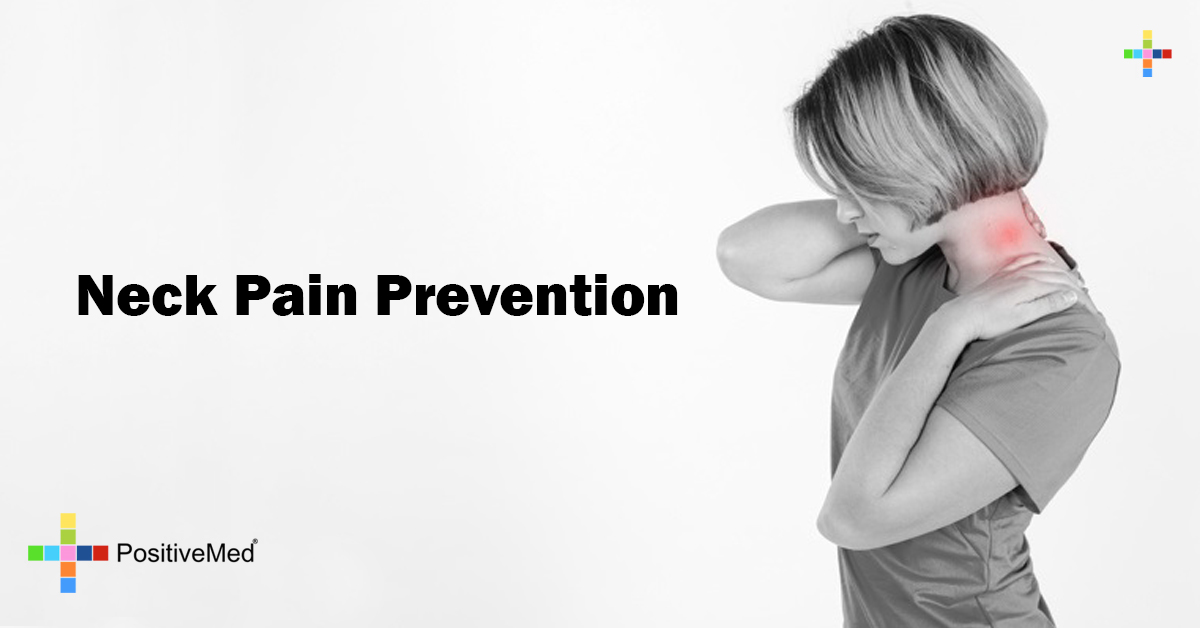 Have you heard people describing an unbearable annoyance that just won’t go away as a “pain in the neck?” well, there are many reasons for this.
Constant movement of the neck, along with its position and number of structures within it, and its purpose of supporting as much as 18 pounds of head, while bending, twisting, or being held perfectly still for hours in front of a computer screen or a car windshield, makes it particularly vulnerable to problems such as: cervical osteoarthritis, cervical rib, cervical spondylosis, locked neck, neck rigidity, neck swelling, torticollis (wry neck), whiplash injury, and others.

A lot of neck pain arises from holding a poor posture during a long-term activity, there are some easy fixes you can do to avoid the problem in the first place.

A lot of neck pain arises from holding a poor posture during a long-term activity, there are some easy fixes you can do to avoid the problem in the first place.
Try the following techniques:
When you do something in a seated position for a long period, place a pillow in your lap and place your hand work on top of it, this will relieve your neck of the strain of bending.
Position your computer screen so that your neck doesn’t have to accommodate it.
Don’t drive with your arm up on the window frame, that position jams the neck.
Watch your posture when you’re on the phone, it should come to your ear, not ear to your phone, and never rest the receiver between.
A lot of neck pain arises from constant muscle tension, practice relaxing your shoulders by letting them drop when they’re bunched around your neck
A gentle massage can work wonders!
You can drink celery juice to ease the pain
Try St John’s wort, since it has sedative and painkilling properties.
If is too late and you are already suffering from neck pain, try Valerian, an herb that can reduce tension and help you to sleep.

From: Home Remedies from a country Doctor from Jay Heinrichs, Dorothy Behlen Heinrichs, and the editors of Yankee Magazine, 2013.