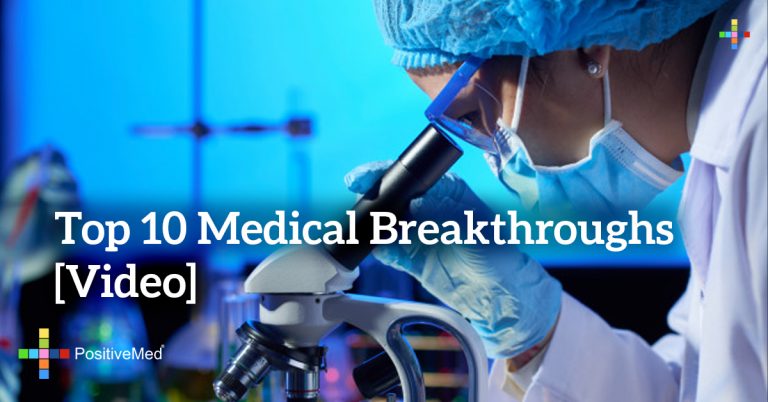 Without many of these discoveries and inventions, few of us would be alive today: for hundreds of years, scientists, doctors and other individuals have sought to increase our knowledge in the fields of science and medicine. Many of these breakthroughs and advances have gone on to change the lives of human beings forever and even saved many of us from certain death. In this WatchMojo.com video, we count down our picks for the top 10 greatest medical breakthroughs in history.

Without many of these discoveries and inventions, few of us would be alive today. Welcome to WatchMojo.com, and today we’re counting down our picks for the top 10 greatest medical breakthroughs in history.

Kicking off our list is the medical advancement that permanently altered the landscape of reproductive medicine in the late 1970s. That was when British physiologist Robert G. Edwards developed the method by which eggs are fertilized by sperm inside a laboratory and subsequently transferred to a woman’s uterus. As a result, he helped thousands of infertile individuals conceive children successfully.

Both the medical and social spheres of human life were significantly affected with the introduction of the birth control pill in the 1960s. By preventing unwanted pregnancies, the contraceptive displayed the great potential of medicine and gave women power over their own lives. The Pill also helped ensure eventual salary parity between the genders and indelibly aided the feminist revolution.

One of the first anesthetics to be used during surgery was ether. In 1846, American dentist William T.G. Morton demonstrated that the pain and shock of medical operations and procedures could be lessened or even prevented with the inhalation of this organic compound. This made room for other drugs and anesthetics to be developed, and facilitated the jobs of surgeons everywhere.

In the 1800s, two of the most important analgesics were introduced to the world: morphine and aspirin. Since then, the painkilling properties of the naturally-occurring chemical compound known as morphine have lessened the suffering of an immeasurable number of human beings, and have led to the development of many other analgesics. Meanwhile, German chemist Felix Hoffman’s synthesis of acetyl salicylic acid into aspirin for medical purposes has turned the drug into one of the planet’s most popular medications for pain relief.

Thanks to the late nineteenth century studies conducted by German physicist Wilhelm Röntgen on the X-ray, we have tools to look inside the human body. These energy forms have helped us discover and properly diagnose injuries and ailments that could otherwise be missed by external inspection. The X-ray also paved the way for advances in imaging technologies as well as progress in clinical studies and medical science.

Though DNA was isolated in the nineteenth century, its helix structure was only accurately identified in the middle of the next century. These cellular molecules are now known to carry our genetic code, which allows all living organisms to exist, develop and procreate. The discovery of deoxyribonucleic acid has since led to the development of gene therapy and opened doors in fields such as forensic science, biotechnology and more.

In the early 1920s, Canadian medical scientist Sir Frederick Banting, along with medical student Charles Best, identified the hormone insulin. Their experiments eventually led to a successful treatment for people suffering from the disorder in which the pancreas cannot properly regulate the body’s blood sugar levels, known as diabetes. Though not a cure, insulin has enabled many diabetics to live longer and less complicated lives without fear of early death.

The way we live and understand disease was completely changed with the confirmation of germ theory in the late nineteenth century. With the knowledge that many diseases were brought about by microorganisms, we realized the importance of proper hygiene and cleanliness. From this arose the creation of antiseptics, which were substances created to fight off microbes, and the development of sanitation techniques for surgical procedures, drinking water and waste removal.

In 1928, Scottish biologist and pharmacologist Sir Alexander Fleming accidentally discovered the bacteria-killing properties of penicillin. This paved the way for the development of one of the most important treatments against bacterial infections: antibiotics. Throughout the years, these drugs have saved the lives of countless people who would have otherwise succumbed to diseases like syphilis, or be afflicted by microbial infections.

Taking the top spot on our list is the late eighteenth century discovery by English physician and scientist Edward Jenner that led to the vaccine for smallpox. The fields of science and medicine were revolutionized by his work, which forever changed the way we approached the prevention and reduction of disease. Since then, vaccinations have been used to protect humans against many other infectious diseases, such as rabies, polio, measles, mumps and influenza.
Source: Watch Mojo