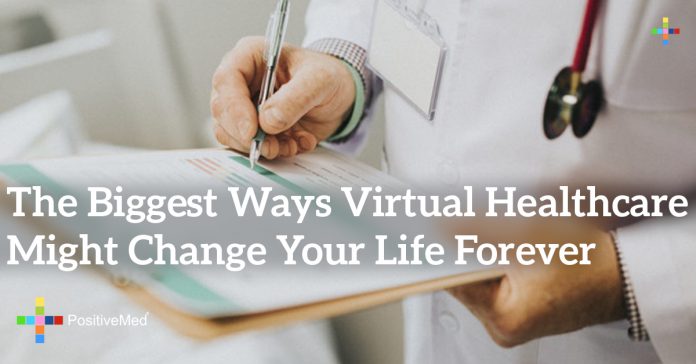 Virtual healthcare has been around for a while, but will it now start to become a lot more mainstream? The general consensus is a resounding yes, which won’t surprise anyone with a love of technology. It was only a matter of time due to a number of reasons.

For this to work these reasons need to be extremely beneficial because we’re breaking boundaries. Although virtual healthcare will obviously have a few negatives attached to it, you’ll find the positives outweigh them and we’ll look at why.

Even though people have the ability to speak to doctors from anywhere in the country, Eqvirtual.com family physicians in Mississauga found they were still being contacted by those in the local community.

If it shows anything it’s that patients aren’t necessarily turning to virtual healthcare because they’re unhappy with doctors they’ve already got. It’s simply more convenient when you don’t need to leave home.

Getting Seen In An Emergency

Everyone has surely experienced sitting in an emergency room in serious pain. You have to wait for hours and hours because you’re in a queue, but most people in front of you don’t even need to be there.

Unfortunately they’re scared and there is not much they can do. Virtual healthcare will let them speak to a doctor before they leave home, so it will reduce waiting times and your pain will be dealt with much sooner.

It Will Save Everyone Money

In countries like Canada and Britain the healthcare system is completely different from the US. It doesn’t necessarily mean it’s free, because everyone will still pay for it one way or another through taxes.

It’s going to save everyone money, especially those living in the US. Dig deeper and you’ll realize it can save all sorts of random costs too. For example, if doctors work from home clinics will be cheaper to operate.

Extra Time With The Doctor

A doctor can only see so many patients in one day and the current process isn’t exactly streamlined. There is a waste of time between the first patient walking out of the doctor’s office and the next one walking in.

It will allow you to spend more time talking to your doctor. Maybe it will only be for a few extra minutes, but you won’t feel like you’re being shuttled in and out like cattle. You’ll be able to speak to them more regularly too.

Being Referred To A Specialist

Those with access to Aurora family physicians can easily be referred to a specialist. After all, there isn’t anyone you won’t be able to find in Toronto and other big cities. It’s the complete opposite if you live in the middle of nowhere.

You’ll not be able to find a specialist when you desperately need one, which is where being able to connect with someone virtually will help. It will almost be like you’re living near a big city when you are in need.

Technology Is Taking Over The Industry

You’ve probably heard of machines that now have the ability to perform extremely dangerous surgeries. They’ve been very successful so far and they’re improving all the time. If something so advanced is working it’s obvious virtual doctors will be successful too.