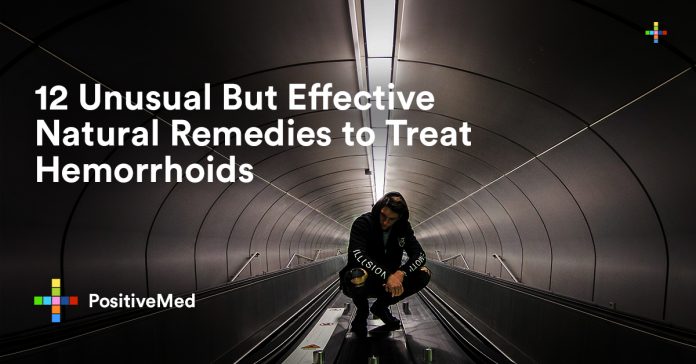 According to statistics from the National Institutes of Health, 75% of Americans will have hemorrhoids in their lifetime, and 50% will experience hemorrhoids before age 50. Hemorrhoids most commonly occur in pregnant women and older adults ages 45 to 65. At any given time in the United States, there are approximately 10.4 million people suffering from hemorrhoids.

Not all hemorrhoids cause pain or other symptoms. They are generally not regarded as serious conditions by themselves, but the presence of hemorrhoids or their symptoms should be taken seriously, as other complications could arise from untreated hemorrhoids. Also, some people mistakenly think they are merely suffering from hemorrhoids, but there may be a more serious underlying condition that is causing the bleeding.

Symptoms include bleeding from inside the rectum or from on and around the anus. Pain, swelling, and itching in the anus are commonly reported symptoms. Internal hemorrhoids – those up inside the rectum – are generally not very painful, except when they are so swollen that hemorrhoids actually pokes out through the rectum. This is called a protruding or prolapsed hemorrhoid, and it can sometimes lead to long term symptoms or complications if left untreated.

Hemorrhoids can be caused by a lack of fiber in the diet, constipation or diarrhea, sitting on the toilet for extended periods, and straining during bowel movements.

The seeds of the Aesculus hippocastanum tree, known as horse chestnuts, have been used in traditional medicines for thousands of years. The seeds are known to reduce inflammation and swelling and to improve vein and capillary health.

Prunes and prune juice are commonly used to promote digestive health. They contain a hybrid sugar/alcohol component called sorbitol that works as a natural laxative.

Sorbitol draws water into the colon to soften stool and help it to flow freely without straining. One or two servings per day of dried plums are all you need, as excessive amounts can cause cramping and diarrhea and actually irritate your hemorrhoids instead of easing your symptoms.

Apple cider vinegar is popular for treating all kinds of ailments due to its natural antiseptic properties. For hemorrhoids, just apply some to a wipe and dab it gently on the affected area 3-4 times per day. Do not let it sit in contact with the area for extended periods, however, as it is very acidic and could actually make things worse if the skin is exposed for more than a few minutes at a time.

These plant compounds commonly found in citrus fruits are believed to support vein and capillary health and fight inflammation. But they can react with some medications, so be sure to consult your physician if you are taking any prescriptions for other ailments.

Coconut oil can also ease hemorrhoid symptoms within a few days. Apply directly to the affected area and rinse clean within the hour. Use 2-3 times per day.

This extract has had some helpful effects on hemorrhoid sufferers, notably for women after childbirth. Consistent, extended use is required, and it may take several days or weeks before improvement is seen.

A common natural remedy for treating skin problems, aloe vera is also used to soothe hemorrhoids. Apply directly to the affected area. Aloe vera should remain in contact for extended periods of time for the greatest effect.

Since one of the primary causes of hemorrhoids is excessive straining, consuming foods and beverages that reduce strain during bowel movements is helpful for relieving symptoms. Fiber adds bulk to your stool, and when combined with sufficient water levels in your body works to soften your stool as well. This makes for easier and less painful trips to the toilet with less straining.

Related Article: Relieve Your Constipation in No Time With This High-Fiber Remedy

A natural compound found in buckwheat, oranges, grapefruit, lemon, cranberries, and asparagus, rutin is a common home remedy for hemorrhoids. In order to get the required dosage needed, a supplement is recommended.

Witch hazel is one of the oldest natural remedies for hemorrhoids. Apply directly to the skin and wipe clean afterward.

12. Squatting Or Hovering Over Toilet Instead Of Sitting

Since sitting on the toilet increases pressure on the rectum and anus and is often a primary cause of hemorrhoids, it makes sense that squatting or hovering over the toilet during bowel movements would help to counter the problem.

Hemorrhoids affect most of us at some point in life, but with these natural remedies, relief is easily within reach. Start with just one or two and stick with it for at least a couple weeks to see how effective it is for you.