9 Warning Signs You Might Be Anemic and You are not Aware of It! 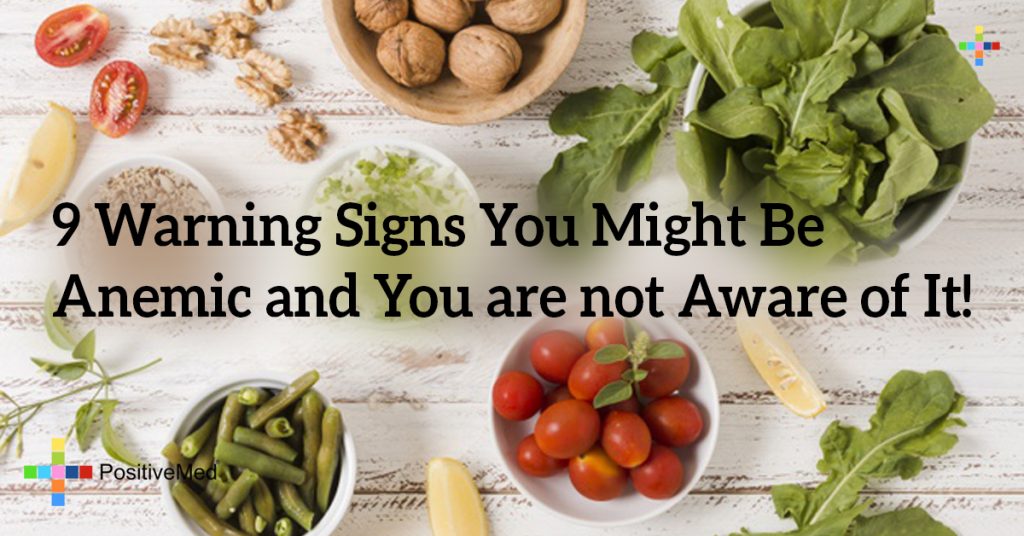 9 Warning Signs You Might Be Anemic and You are not Aware of It!

Arrhythmia – Arrhythmia is what doctors call an irregular heartbeat. There are several conditions that cause a heartbeat to be irregular, and anemia is one of them.

Chest Discomfort – Anemia sometimes brings on chest pain. Anemia caused by an iron deficiency is known to cause chest pain.

Difficulty Concentrating – With anemia there may be problems at work or school because anemia makes it hard to focus. Memory is also affected, which can contribute to poor performance.

Dyspnea – Difficulty with breathing is a sign of anemia. When you have dyspnea it is hard for you to catch your breath.

Feeling Cold – Another sign of anemia is cold hands and feet. Though this is the case, it is not unusual for someone who is anemic to feel cold all over.

Head Pain – People who have anemia are known to get headaches. A lack of oxygen to the brain is the cause of head pain when you are anemic.

Lethargy – When you have anemia you may feel tired all the time.

Moodiness – Anyone who has anemia tends to be irritable.

Pallor – Pale skin is a sign of anemia. Some people with anemia will have a very light complexion.

RELATED ARTICLE: What You Need to Know About Sickle Cell Anemia

If you suspect you may be anemic it is recommenced that you see a doctor. Also eat more foods that contain iron since a deficiency in this mineral can cause anemia. Foods abundant in iron include nuts, liver, lentils, beans, tofu, spinach, red meat, fish, raisins, and fortified boxed cereals. Consume vitamin C drinks, fruits, and vegetables as these foods contribute to better iron absorption. Stay away from coffee and tea while eating since these beverages do the opposite. Foods that contain folic acid and vitamin B12 should be included in the diet as well since a deficiency of these nutrients can lead to anemia. Do not ignore the signs of anemia as this condition can put your life in danger. It can harm your organs, including your heart, and it can result in heart failure.