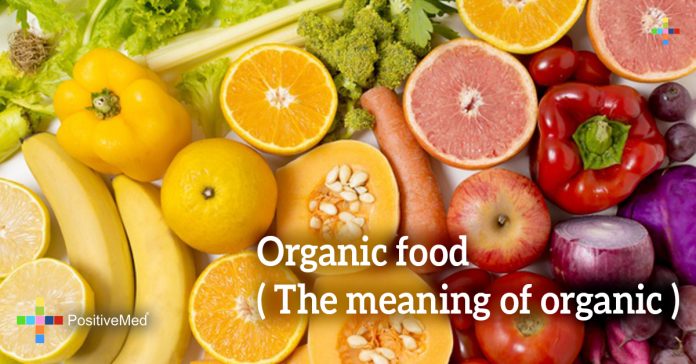 Organic food is produced by farmers that want to protect the environment for future generations, rotating crops, conserving and renewing the soil and protecting water sources.
These crops are grown, handled, and processed without synthetic fertilizers, pesticides or herbicides, for the most part. Some are grown with natural pesticides, not synthetic ones. A great organic pesticide that is toxic to different species of insects but harmless to wild life and people is bacillus thuringiensis.
Is organic food healthier?

The study also found that organic foods, on the whole, don’t contain any more vitamins or nutrients than conventional foods.
It’s good to have a wide-ranging review of organic foods. Even more interesting is the media coverage of the study. Some new stories, like this one from the Guardian, have focused on the lack of a difference in nutrient levels. Other news coverage has pointed out that the purpose of purchasing organic foods is to avoid pesticide use because of its impact on human health and the environment.

Is it safe?
Is organic food safer to eat than conventionally produced food? That’s a big debate, all the chemicals and pesticides use by farmers can certainly have an effect on the consumer’s health, what needs to be determined is the effect of lower levels of intake over a lifetime, which is more difficult for research to establish.

Organic food has much lower levels of organophostphate pesticides that in large amounts are toxic to our nervous system.

There’s no clear evidence that there’s a risk to eating conventional food or a benefit to eating organic ones. Enviromentaly speaking there are more benefits to organic methods which help prevent soil erosion, protects groundwater, and preserves wildlife.