PositiveMed The Positive Side of Medicine
Home health Starbucks Frappuccino and red bugs! 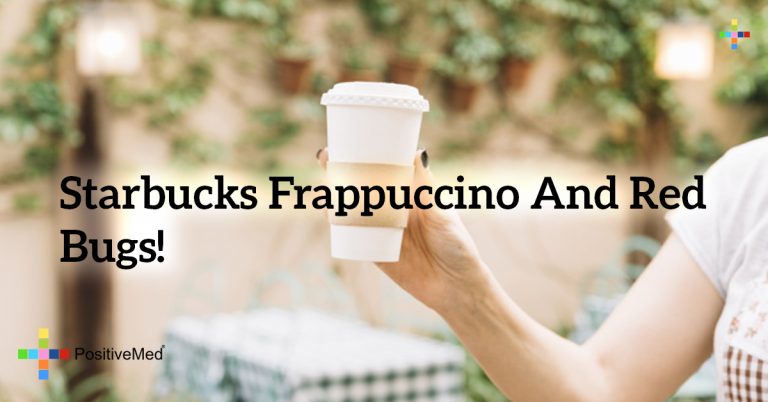 What was your reaction when you read the title?
You may think Starbucks Frappuccino and red bugs are irrelevant to each other or you may guess we’re talking about an accidental incidence that some bugs visited a poor Frappuccino! So look at this picture and read the story:

These tiny red bugs are not only occupying Starbucks strawberry Frappuccinos, but they’re spreading fast all over internet. The spread of news started not from Wikileaks, but from some vegetarian blogs that were tipped off about the secret red coloring of strawberry drinks. Starbucks did not deny and commented:

“The strawberry base for our Strawberries & Creme Frappuccino does contain cochineal extract, a common natural dye that is used in the food industry, and it helps us move away from artificial ingredients…”

Here’s what you need to know about cochineal by Fooducate,

“Hundreds of years ago, the Aztecs would collect the bugs, briefly boil them in water, dry them in the sun and then pulverize them into a fine scarlet powder known as cochineal or carmine. The powder was used to dye royal garments. It was coveted by the Spanish conquistadors who brought it back to Europe. The relevant pigment in the bugs is a bitter chemical called carminic acid. Food manufacturers began using it about 100 years ago to add luster to products such as pork sausages, dried shrimp, candies, jams, and maraschino cherries.

As food science progressed, cheaper artificial dyes Red #2 and Red #40 replaced the natural cochineal until its production became uneconomical. However, fears over the carcinogenic effects of artificial food coloring helped cochineal stage a comeback, and it is now featured in various food products, including said strawberry frap.”

Take home message: It’s safe to have cochineal and it has been approved by FDA. So as a natural red color, you can skip where the red color came from and enjoy your next Frappuccino!